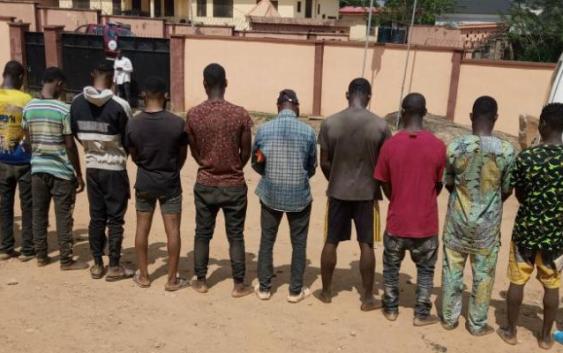 Operatives of the Ondo Security Network Agency also known as Amotekun Corps have apprehended some suspected killers of the traditional ruler of Ifon in Ose local government, Oba Israel Adeusi, the Olufon of Ifon.

Speaking at a press conference on Wednesday, Commander of AMotekun, Adetunji Adeleye, said the suspects were arrested by a combined team of security operatives.

He stated that security operatives stormed Elegbaka forest after the killing of the monarch, rescuing four kidnapped victims during the search for the killers of Oba Adeusi.

According to the Amotekun commander, the arrested suspects were undergoing interrogations.

Adeleye also disclosed that surveillance has been mounted at the farm of Chief Olu Falae to prevent further attacks on the farm by suspected herdsmen.

He said the herdsmen have fled the area.

The late Oluifon of Ifon was said to have been shot near Elegbeka village along the Benin-Akure highway while returning to his community after a meeting in Akure, the Ondo State capital.

The Ondo traditional rule was confirmed dead at a private hospital he was rushed to.