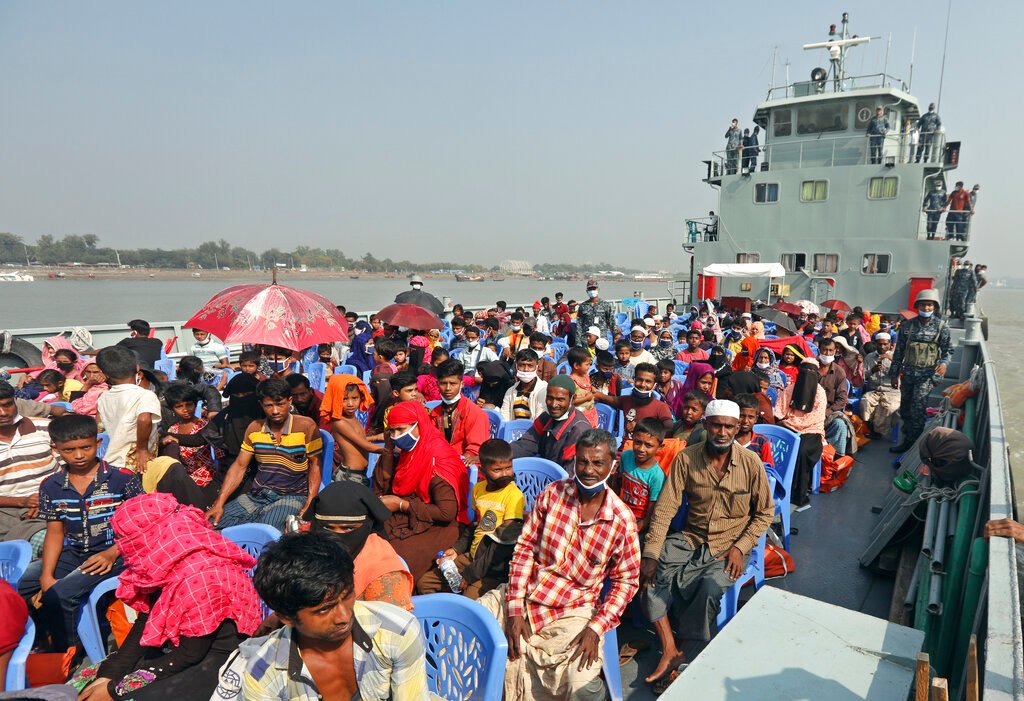 Bangladeshi authorities set more than 1,640 Rohingya refugees on the final leg of their journey to an allegedly dangerous island on Friday, in the first phase of a controversial planned relocation of 100,000 people.

Almost a million Rohingya — most of whom fled a military offensive in neighbouring Myanmar in 2017 — live in squalid camps in south-eastern Bangladesh. Any return to Myanmar appears unlikely for now.

Dhaka eventually wants to move 100,000 of the refugees to Bhashan Char, a low-lying silt island that critics say is prone to flooding and in the path of cyclones that frequently wreak havoc in the region.

Rights groups have alleged that many of those sent in the first wave on Friday were coerced into going.

This was borne out by some family members that AFP spoke to at camps in the Cox’s Bazar district on Thursday. They had come to say goodbye to their relatives, who were being bussed to the port of Chittagong ahead of the boat journey.

“They beat my son mercilessly and even smashed his teeth so that he agreed to go to the island,” said Sufia Khatun, 60, who came to see off her son and five other relatives.

But Bangladesh’s Foreign Minister AK Abdul Momen called the rights groups’ claims “a damn lie”, and said the facilities on the island were “much better” than in the camps.

Bangladesh has spent some $400 million from its own coffers building shelters and a nine-foot (three-metre) flood embankment around the facilities.

Those taken there will be allocated rooms and given household equipment to cook on their own, allowing them to start a new life, officials say.

Bangladeshi authorities say the relocation will ease congestion in the vast network of camps where deadly landslides — as well as violence by drug gangs and extremists — are common.

But it is unclear what health care or educational facilities there will be on the island — or whether the refugees will be able to leave if they wish to.

The United Nations office in Bangladesh said that it had been prevented from independently assessing the “safety, feasibility and sustainability” of the island as a place to live.

Security was tightened on the island on Friday. A police station was created and nearly 300 police — including women officers — were deployed there, police official Golam Faruq told AFP.

Shamsud Douza, a Bangladeshi refugees official who is accompanying the Rohingya, told AFP that they would arrive at the island around 1:00-1:30pm (0700-0730 GMT).