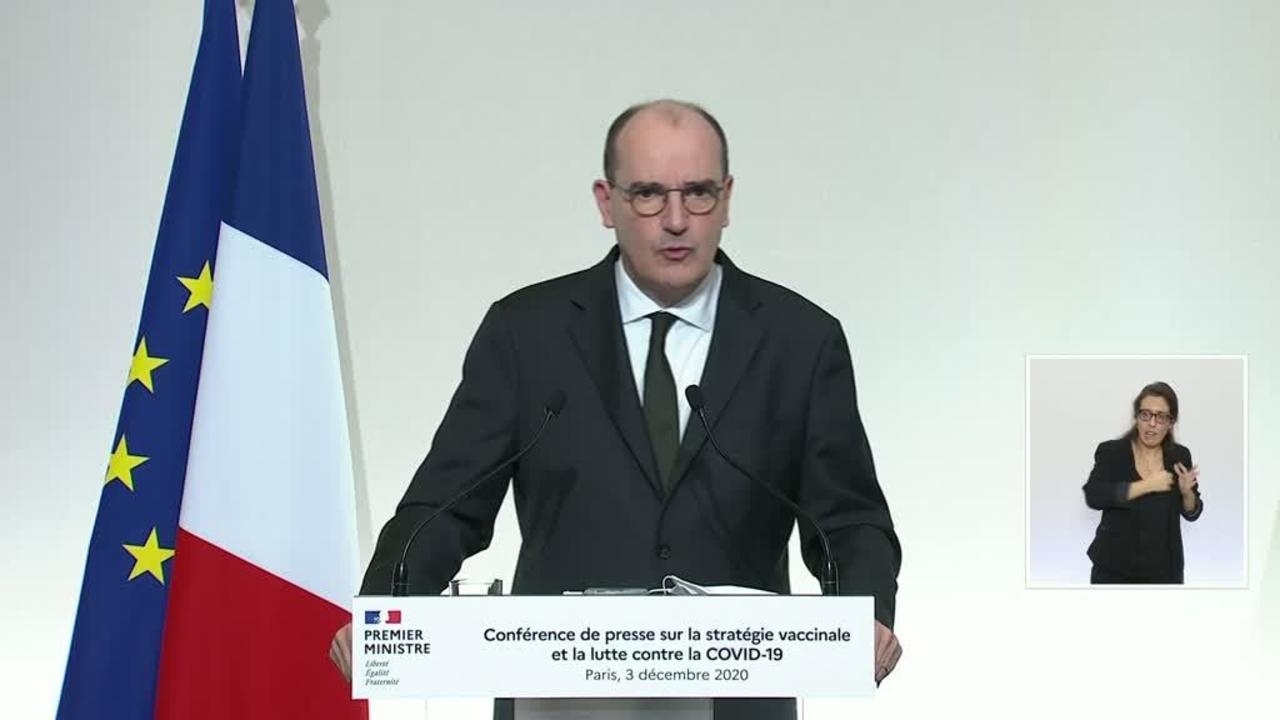 After the vaccination of an initial 1 million people in January an additional 14 million at high risk for coronavirus infection will be inoculated beginning in February.

Castex said the vaccination campaign would begin in a matter of weeks, pending regulatory approval by the European Medicines Agency. The inoculation programme would be staggered over three categories of people, he said, commencing with the most vulnerable in nursing homes in January.

“The vaccination will be free for all,” Castex told a press conference.

After the vaccination of an initial 1 million people in January an additional 14 million at high risk for coronavirus infection will be inoculated beginning in February.

The Covid-19 vaccination will be voluntary in France. Castex assured citizens the approved vaccines would be safe.

“The remarkable mobilisation worldwide has allowed the rapid development of vaccines. However, this timeframe in no way means that we have compromised safety,” the prime minister said.

According to an Ipsos poll for the World Economic Forum, only 59 percent of French respondents said they would get a Covid-19 vaccine if it became available, compared with 67 percent in the United States and 85 percent in Britain.

Even after the trials, several months would be needed to know if a vaccine was successful in halting transmission

Castex said the spread of the virus was continuing to slow in France and would soon go below the threshold of 10,000 new infections per day. France recorded more than 80,000 new cases at the peak of the second wave in November.

(FRANCE 24 with REUTERS and AFP)