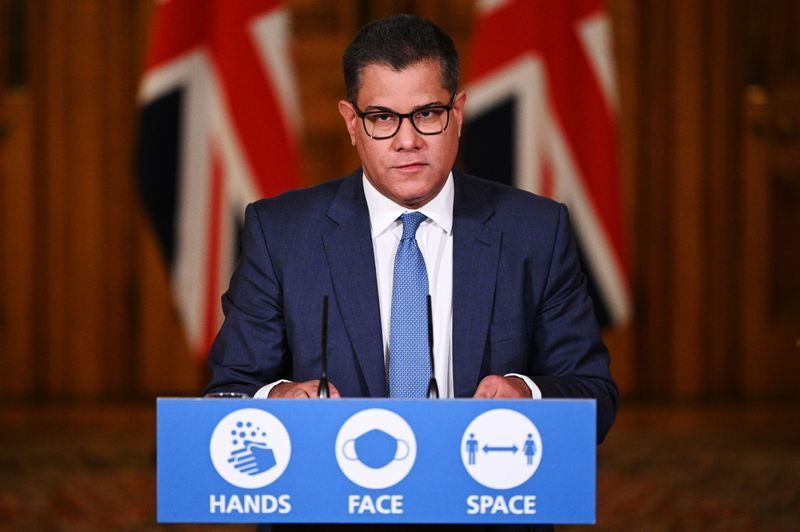 European diplomats warned Thursday they have made all the concessions they can in trade talks with Britain, as Downing Street vowed to press ahead with a UK law that could undermine Brussels’ remaining trust in London. The risk of a no-deal Brexit remains, according to France.

The EU’s chief negotiator Michel Barnier has been in London for six days, trying to carve out a difficult compromise with his UK counterpart David Frost and draw up a trade pact that can be ratified within weeks.

“We are at the end of a marathon, probably past the 40 kilometre (25-mile) mark. But there’s still a little way to go,” Barnier adviser Stefaan de Rynck said, during a debate at the European Policy Centre.

As the finish line nears, tempers were fraying in Brussels, with some of the EU’s 27 member states — led by France and the Netherlands — worried that Barnier would shake hands on something that in their view gives up too much ground to a country quitting the club.

There remains a risk that Britain and the EU will fail to agree a post-Brexit trade deal, according to French European Affairs Minister Clement Beaune, who said Friday if a good deal could not be reached, France would veto it.

“I want to tell our fishermen, our producers, the citizens who are listening that we will not accept a deal with poor terms,” Beaune told Europe 1 radio. “If a good agreement cannot be reached, we will oppose it. Each country has a veto right, so it is possible … We will do our own evaluation of this draft deal, if there is one.”

An EU diplomat insisted the Europeans remain united, but warned that it was clear that Barnier “was millimetres away from the red lines” he had been given.

“I think it’s quite clear that at this moment in time that we’ve reached a point where we are so close to the limits of our mandate, that we need a movement on the side of the UK if we want to strike a deal,” he said.

“I do not have the impression that we are hours away from a deal… what has to be bridged is still quite substantial,” the diplomat added.

Negotiators are working day and night to agree on a deal in time to be ratified before December 31, when Britain will no longer be bound by EU single market rules under the terms of a post-Brexit transition.

A European source with close knowledge of the negotiations said the talks would continue on Thursday “and no doubt on Friday.”

“Everything could change at any moment,” the source said, adding that the sense of urgency was “now understood in London”.

A British government source said the EU had brought “new elements” into the negotiations. “A breakthrough is still possible in the next few days but that prospect is receding,” the source said late Thursday.

Barnier could brief EU members Friday afternoon but the meeting has yet to be confirmed, a European source said.

In London, Prime Minister Boris Johnson’s spokesman earlier said the negotiating teams were “continuing to work hard to resolve the differences that remain.”

“Our focus remains, and will continue to be, on trying to secure a free trade agreement.”

But Number 10 also confirmed that it would go ahead next week with a plan to push through the Internal Market Bill, a draft law to govern UK business after it leaves the EU single market.

Johnson admits that clauses in the bill would breach the withdrawal treaty he signed with Brussels, and EU officials have warned that it could be impossible to ratify a trade deal if he persists.

The House of Lords, Britain’s upper parliamentary chamber, stripped the offending measures — which Brussels fears breach a promise to establish a customs border in the Irish Sea — from the bill.

But the spokesman said: “Our position remains unchanged. We will overturn the Lords defeat and reinsert those clauses.”

Irish Foreign Minister Simon Coveney, on a visit to Paris, said a deal would be possible in the coming days as long as European nations “hold our nerve”.

Negotiations to determine the future trading relationship starting on January 1 are currently stalled on three key issues — fisheries, regulatory issues and governance of a future pact.

Coveney said he hoped a deal would be reached but that there would be “no further extensions” and “no extra time” beyond January 1.

But both EU member states and the European Parliament would have to ratify any accord struck between Frost and Barnier and their bosses Johnson and EU president Ursula von der Leyen.

French Prime Minister Jean Castex was in the Channel port of Boulogne on Thursday to promise French fishermen they would not be abandoned if they lose access to UK waters.