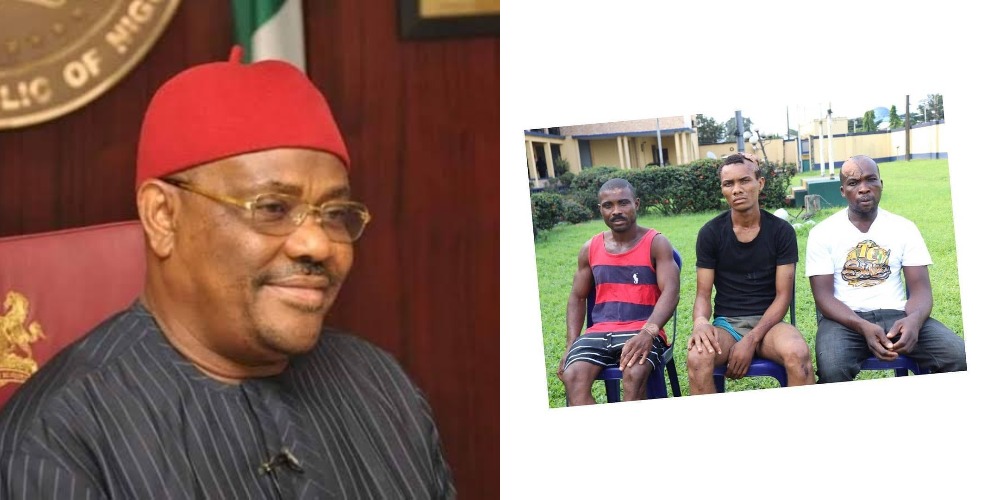 At least three members of the Indigenous People of Biafra apprehended by the police for reportedly detonating explosives in Governor Nyesom Wike’s father’s church in Port Harcourt, Rivers State, have admitted that they carried out the attack to get recognition in the proscribed group.

The suspects spoke while being paraded before journalists by the state Commissioner of Police, Joseph Mukan, at the police headquarters along Moscow Road, Port Harcourt, on Thursday.

Mukan recalled that on November 29, the command received a distress call from 25 Azikiwe Road that the Christian Universal Church Incorporated was attacked, adding that policemen were immediately drafted to the scene.

“There was no life lost during the attack. Our security partners, the vigilantes, arrested these three suspects. We took them and they made useful confessions.

“They are Progress Owudinjo, 37, from Etche, Rivers State; Apuro Victor, 25, from Ebonyi State; and John Okorie, 38, from Abia State.

“They will soon be charged to court, while we are trailing their sponsors. IPOB assured them that if IPOB is achieved, they will be policy makers in the government,” Mukan added.

One of the suspects, Owudinjo, confirmed their membership of IPOB, adding that they were contracted to carry out the attack.