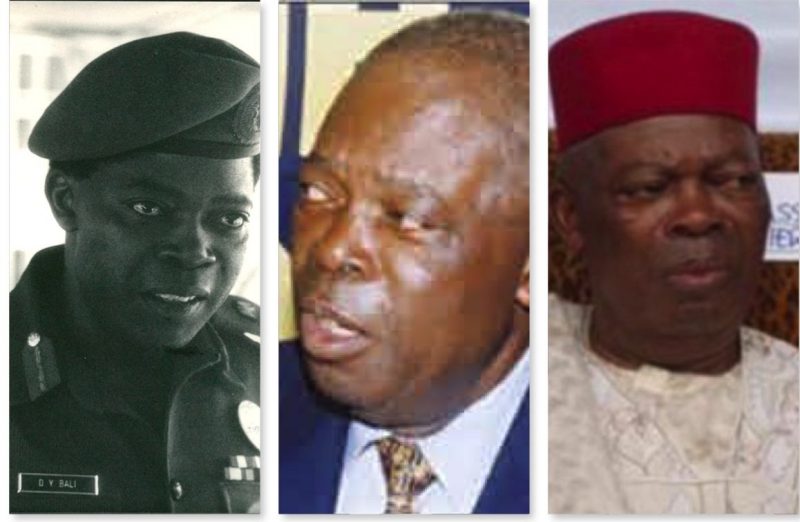 Bali, who served as minister of defence and member of the supreme military council between 1984 and 1985, and the armed forces ruling council of 1985 to 1990, died on Friday.

He was joint chief of staff between 1984 and 1985 when President Muhammadu Buhari was head of state.

The octogenarian retired as a decorated military officer in 1990. In December 2010, he emerged as Ponzhi Tarok, paramount ruler of the Langtang in Plateau state.

In a condolence statement signed by Garba Shehu, presidential spokesman, Buhari described the retired officer as a man with records of bravery and patriotism.

He said Bali’s records will inspire young military officers, adding that his foundation will always be remembered.

“President Muhammadu Buhari condoles with the people and government of Plateau State over the passing of an illustrious son and highly decorated retired military officer, Gen. Domkat Bali, who served the country as Minister of Defence,” the statement read.

“The President, who spoke with the wife of the deceased, Esther on Friday, also commiserated with other family members, friends and professional associates of the former member of the Supreme Military Council and Armed Forces Ruling Council, after rising through the ranks, with a distinguished military career, reaching the peak as Chief of Defence Staff.

“President Buhari believes the records of bravery and patriotism of Gen. Bali, the Ponzhi Tarok, will continue to inspire young military officers, while the foundation he laid in all the commands he headed will always be remembered.

“The President has also constituted a delegation led by the Minister of Defence, Maj-Gen. Bashir Salihi Magashi (rtd) to visit the family, and condole with government and people of the state over the loss. President Buhari prays that the almighty God will receive the soul of the departed and comfort his family.”