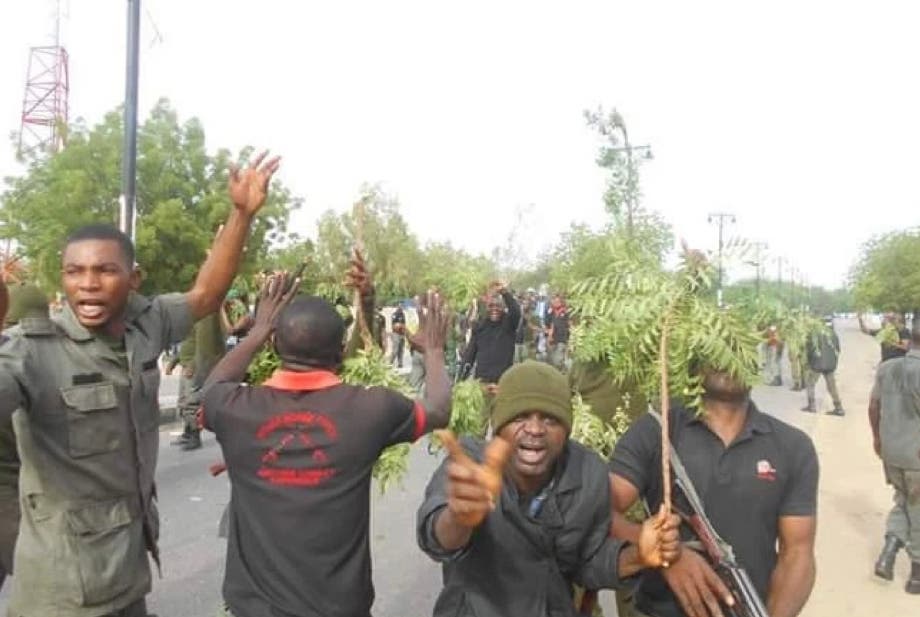 The police officers took to the streets and blocked a major road linking to Batsari market but soldiers who later arrived at the scene removed the barricades.

“Yes, I am an eyewitness, they block our way when going for Batsari weekly markets, claiming that we won’t have a business today because the government has not paid them their allowances for six months,” a resident, Muhammad Wada Bakiyawa, said.

According to the state’s police spokesman, Gambo Isah, he said the story was not true. “It’s fake news, disregard it, it’s not true,” according to SaharaReporters.

When asked about the pictures and video of police officers mounting roadblocks and arguing with the army officers, Rumah said that mounting of the roadblock was normal in the area due to high level of banditry in the area.

“If they mount a roadblock, are they not performing their duties?” he said. “That place, do you know it’s a bandit area? The police are working with the military there. There is a special operation ongoing. They are working together.”