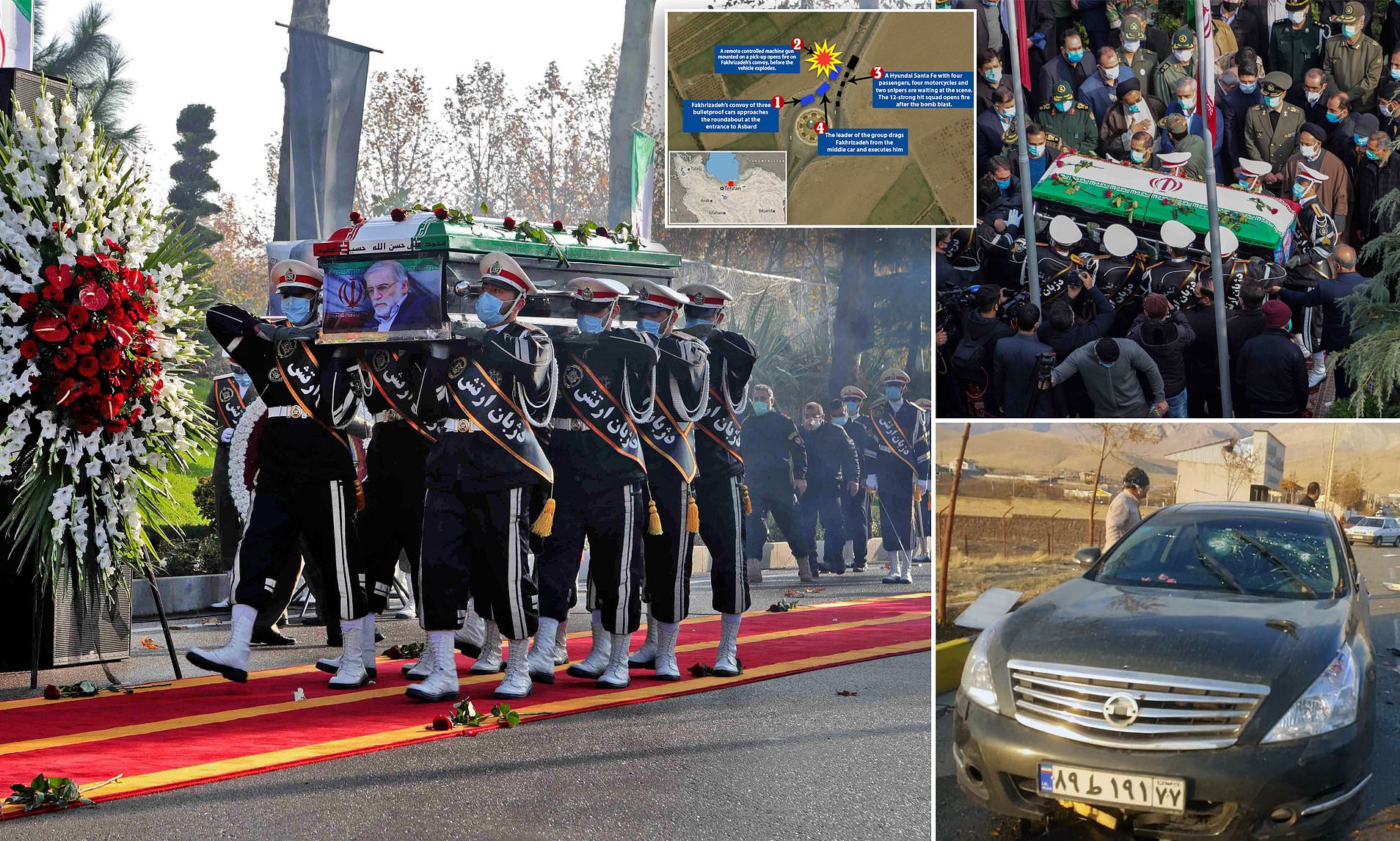 A satellite-controlled machine gun with “artificial intelligence” was used in last week’s assassination of a top nuclear scientist in Iran, the deputy commander of the Revolutionary Guards told local media Sunday.

Mohsen Fakhrizadeh was driving on a highway outside Iran’s capital Tehran with a security detail of 11 Guards on November 27, when the machine gun “zoomed in” on his face and fired 13 rounds, said rear-admiral Ali Fadavi.

The machine gun was mounted on a Nissan pickup and “focused only on martyr Fakhrizadeh’s face in a way that his wife, despite being only 25 centimetres (10 inches) away, was not shot,” Mehr news agency quoted him as saying.

It was being “controlled online” via a satellite and used an “advanced camera and artificial intelligence” to make the target, he added.

Fadavi said that Fakhrizadeh’s head of security took four bullets “as he threw himself” on the scientist and that there were “no terrorists at the scene”.

Iranian authorities have blamed arch foe Israel and the exiled opposition group the People’s Mujahedeen of Iran (MEK) for the assassination.

State-run Press TV had previously said “made in Israel” weapons were found at the scene.

Various accounts of the scientist’s death have emerged since the attack, with the defence ministry initially saying he was caught in a firefight with his bodyguards, while Fars news agency claimed “a remote controlled automatic machine gun” killed him, without citing any sources.

According to Iran’s defence minister, Amir Hatami, Fakhrizadeh was one of his deputies and headed the ministry’s Defence and Research and Innovation Organization, focusing on the field of “nuclear defence”.