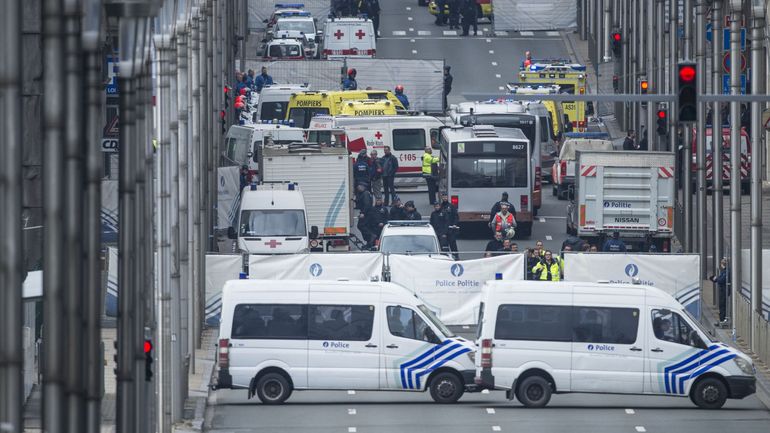 Today sees the start of the trial of those accused of the terrorist attacks of 22 March 2016, which cost the lives of 32 people and injured 340 more.

For the first time ever, the proceedings will take place in what used to be the headquarters of NATO, now renamed Justitia, and rearranged to accommodate what will be the biggest trial the country has ever seen.

For the moment, however, the deliberations will be mainly procedural. What goes on in the next ten working days will take place behind closed doors, after which the trial proper can be prepared.

The job of the court over the next two weeks will be to decide which of the 16 accused should go to trial – a full trial with judge and jury – and on what charges.

The events themselves will be marked in Belgium’s memory forever. On 22 March 2016, a suicide bomb attack took place in the departures hall at Brussels Airport. Almost exactly an hour later, a bomb went off in a metro train stopped at Maelbeek metro station in the European quarter of the city.

Three of the four bombers died in their own attacks. A fourth walked away. Apart from him, the list of accused consists of 12 names, eight of whom face charges of 32 counts of murder aggravated by the circumstance that they were committed for terrorist reasons.

There are also 687 charges of attempted terrorist murder, relating to those who were injured or even present at the two bombings.

The brain behind the operation, as well as the three suicide bombers, are now all beyond the reach of justice. The bomber who walked away, Mohamed Abrini, is the only surviving accused who was present on the spot on that Tuesday morning.

Others were involved in one way or another in the organisation and planning of the operation, and will face more or less serious charges according to what their role is alleged to have been.

The main question will be whether the trial goes ahead with a jury or not, and whether all accused will be tried at the same time. Either way, the ensuing trial or trials will be unlike anything Belgian justice has ever seen. If all of the charges brought by the federal prosecutor’s office are accepted by the court, there will be a list of accusations 30.000 items long.

The Justice Palace in the centre of the capital, monumental as the building may be, is simply not accommodating enough to deal with a trial of 32 people, as well as the legal representatives of all of the civil parties, who number in the hundreds.

The NATO site, on the other hand, is abandoned since the treaty organisation moved house to a new location nearby, and has the advantage of a first-class security system, given its previous use.

As proceedings go on over the next two weeks, little or nothing is likely to leak out. At the end of deliberations we will know how this mammoth trial will go on, and when.