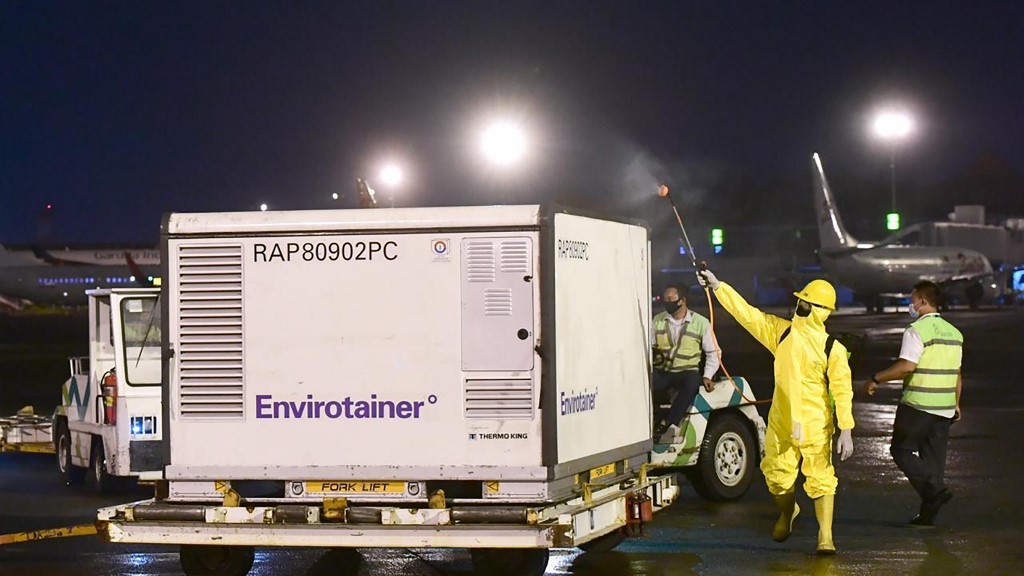 Indonesia has received 1.2 million doses of a Covid-19 vaccine made by China’s Sinovac, officials said, as the world’s fourth most populous nation struggles to get soaring case rates under control.

The doses arrived in Jakarta late Sunday on a flight from Beijing, with another 1.8 million expected to be sent again next month.

Although Chinese regulators have yet to clear any of country’s vaccines for mass distribution, they have approved some advanced candidates for emergency use.

On Monday, Indonesia’s Covid-19 response team chief Airlangga Hartarto said the first batch of doses will be examined by the food and drug agency, with plans to distribute them to medical workers and other high-risk groups.

“We are grateful that the vaccine is now available and we can immediately prevent the spread of the Covid-19 outbreak,” he said.

“(But) I have to reiterate, first, that all procedures must be followed properly to ensure public health and safety, and the efficacy of the vaccine,” he added.

In August, Indonesia launched human trials of the Sinovac-made jab, with around 1,600 volunteers taking part in the six-month study.

The Indonesian government has paid some 637 billion rupiah ($45 million) for the three million Sinovac doses. Another 100,000 more are set to be delivered by another Chinese firm, CanSino.

China has promised to make its vaccines available as a “global public good” as it seeks to counter global criticism for its early handling of the pandemic.

“We expect that multilateral vaccines [from other countries] will also start to arrive gradually in 2021,” Foreign Minister Retno Marsudi said Monday.

Indonesia has been in talks with other pharmaceutical firms, including UK-based AstraZeneca.

The country is one of the Asian nations worst hit by the pandemic, with Covid-19 infections topping 575,000, and more than 17,000 deaths.

However, the true scale of the crisis is widely believed to be much bigger, as the country has one of the world’s lowest testing rates.