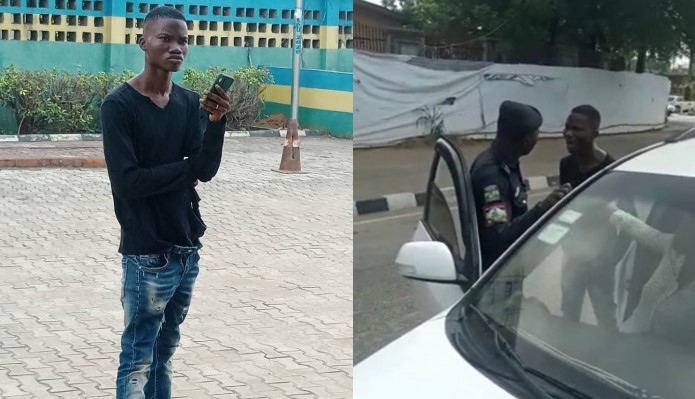 The Lagos state police command have arrested a man for allegedly slapping an officer twice after causing an accident.

According to a police report, the yet-to-be identified young man caused an accident that happened around Governor’s Road in Ikeja area of the state and didn’t want to own up to his action.

The Policemen at the scene were reported to have detained him and in the process he slapped one of them twice.

He was also reported to have issued threats to the police team deployed to scene of the incident.

”This man who caused an accident along Governor’s Road, Ikeja has been arrested for slapping a Police officer twice and threatening the entire team deployed to the scene when the accident occurred.

He has been handed over to Alausa Police Station for necessary action. #TheGoodGuys”, The Police RRS account tweeted.