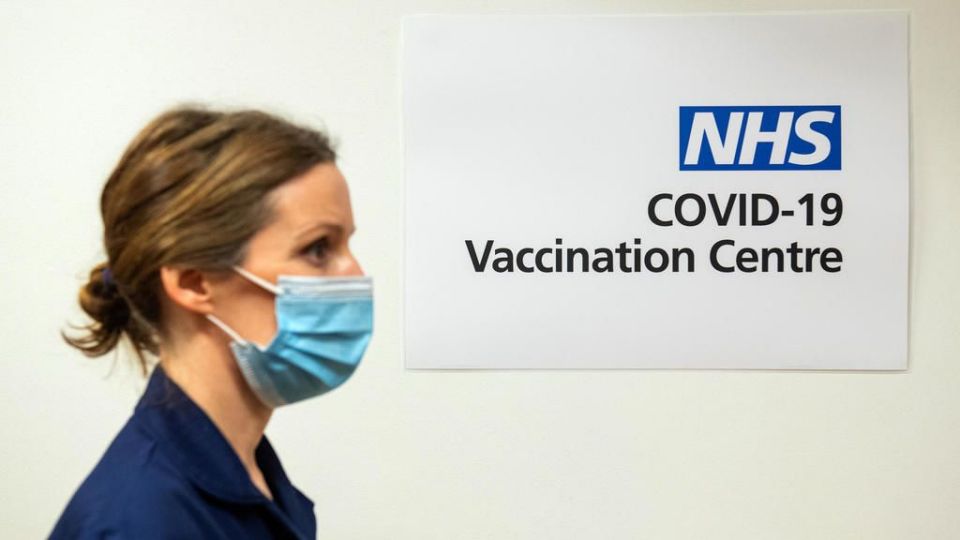 Britain on Tuesday hailed a turning point in the fight against the coronavirus pandemic as it began the biggest vaccination programme in the country’s history with a new Covid-19 jab.

The first patients in line on what has been dubbed “V-Day” – the over-80s, care home workers and at-risk frontline health and social care staff – will roll up their sleeves for an initial dose from early morning.

They will then require a second jab in 21 days’ time.

Last week Britain became the first country to approve the Pfizer-BioNTech vaccine, raising hopes of a breakthrough in the pandemic, which has killed more than 1.5 million worldwide.

Britain has been one of the worst-affected countries in the world, with more than 61,000 deaths in the outbreak from 1.6 million cases.

Prime Minister Boris Johnson, who spent days in intensive care with Covid-19 earlier this year, called it a “huge step forward in the UK’s fight against coronavirus”.

UK Health Secretary Matt Hancock, who has offered to have the jab on live television to allay public fears, said the roll-out was a “key moment” that would protect the most vulnerable.

The head of the state-run National Health Service in England, Simon Stevens, said it was a “decisive turning point” against the “greatest health challenge” since the NHS was founded in 1948.

Regulatory approval for the vaccine was given last Wednesday, sparking a race against time to prepare scores of vaccination centres across the country.

Up to four million doses are expected by the end of December.

Queen could lead the way

The mass vaccination drive is a coordinated response by all four nations of the UK – England, Scotland, Wales and Northern Ireland – which normally set their own health policies.

The public has been largely favourable to the rapid approval of the vaccine, but ministers and health professionals are aware they still need to combat mistrust.

The independent Medicines and Healthcare products Regulatory Agency maintains that no corners were cut and its assessment and approval procedures met stringent international norms.

NHS England said thousands had already been given the jab during trials with no serious side effects.

Nevertheless, it has been reported Queen Elizabeth II, who at 94 is among those first in the line for the vaccination because of her age, could front a public awareness campaign urging compliance.

The government said it will hand out vaccine cards to remind people to get the booster after three weeks, but insisted it was not introducing immunity certificates.

The chief medical officers of England, Scotland, Wales and Northern Ireland said the vaccine will only have a “marginal impact” on hospital numbers over the winter months.

Johnson called for patience and urged the public to stick to strict social distancing guidelines to prevent a spike in cases, particularly as rules are relaxed over Christmas.

Health officials have already run into a logistical headache about how to administer the vaccine to elderly or infirm care home residents.

The vaccine needs to be stored at minus 70 Celsius (minus 94 Fahrenheit), leaving hospitals and other medical hubs as the only places able to deal with such ultra-low temperatures.

READ  BREAKING News: Many Trapped As Catholic Church Collapses On Worshipers In Delta

With the Pfizer-BioNTech drug made in Belgium, concerns have also been raised about potential disruption to supply when Britain leaves the European Union’s single market and customs union.

But the UK government said the military is on stand-by to airlift the vaccine if there is any border disruption from January 1.

The bulk of Britain’s vaccine requirements are expected to be met by a jab developed by AstraZeneca and the University of Oxford, which is awaiting regulatory approval.

The government has ordered an initial 100 million doses of the drug, which is cheaper to manufacture and easier to store and transport using conventional refrigerators.