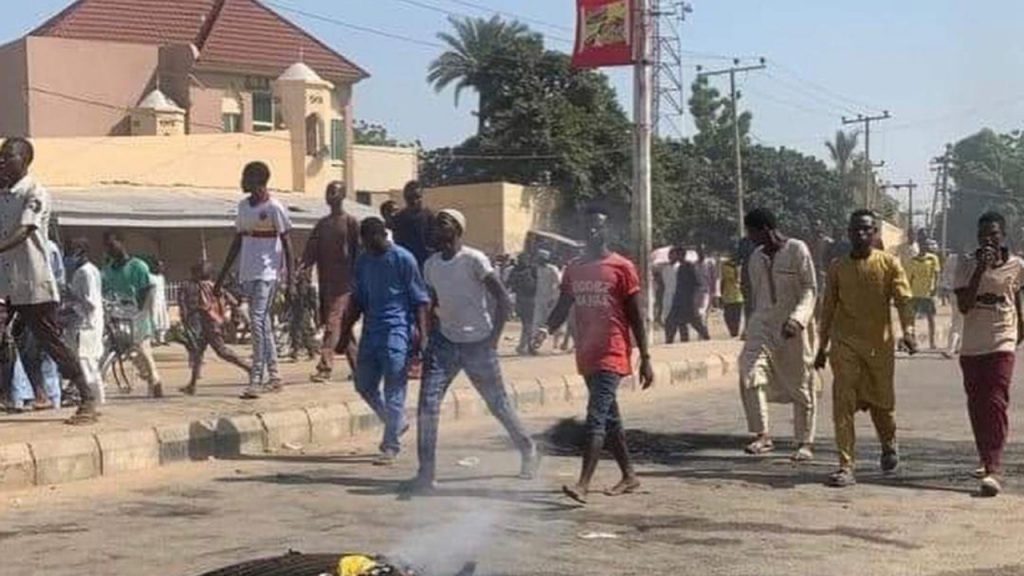 Pandemonium in Kano community as people stormed the streets protesting violently against the alleged killing of a 17-year-old boy identified as Saifullahi.

The deceased, Saifullahi of Kofar Mata quarters was arrested 2 days ago by the police while he was sleeping at his family house.

According to reports, despite protests by the people of the community that he was never known for any criminal tendencies, he remained in police custody where he allegedly gave up the ghost.

It was also reported that Saifullahi had been released on bail only for the police to re-arrest and detain him again, where he was allegedly tortured to death.

The corpse of the suspect was brought to the family house by the police on Monday morning.

This development angered the people to take to the streets and they started making bonfires in protests.