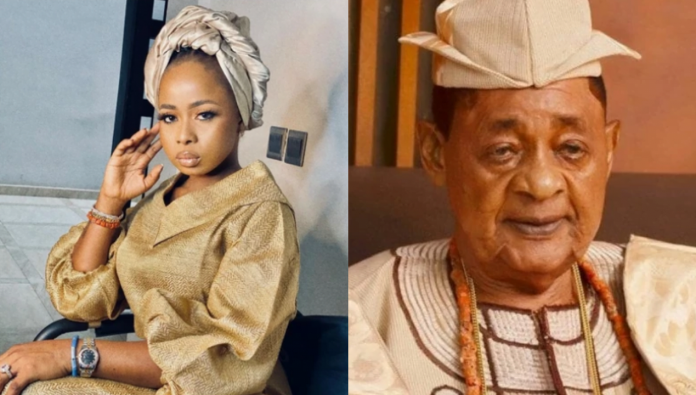 The former wife of the Alaafin of Oyo, Queen Ola, has shared her thoughts on some of the things she learnt following her crashed marriage with the Oyo monarch.
Queen Ola revealed certain things during a question and answer session on Instagram.

A follower had said, You know when I always look at You, I wish I was also alafin’s wife, I don’t know why You left but I don’t want again.

She replied, “Not all that glitters are gold.

She was asked how she coped among all the wives and children in the palace, her answer was short, she wrote, “Hmmmm…”

Another follower said, “Am glad you left and you seem happy. But why are you still wearing your wedding ring”

Ola replied, “Not wedding ring sweet. And we are not legally married though.

Someone else disclosed that the queen thought her that if you are not happy in a marriage, be independent and leave, she replied with “period”.

She was asked due to her experience, whet she thinks about polygamy and would she give it another chance, she replied, “Not again”.

Queen Ola was also questioned on the lessons she had from all that happened especially with the other olori, she said, “Trust nobody, your kids are your best friend”

The former monarch wife was also asked the number of wives the king had and what number she was, she noted that she does not remember.

She was also asked if she left the palace willing or because of the dating rumour between her and king Wasiu.

READ  The Old Testament Is An Expired Covenant, It No Longer Works- Pastor Paul Adefarasin

Queen Ola disclosed that she left the palace before the rumour.

K1 revealed that the settlement event happened at the residence of their grandfather, Evang. Ebenezer Obey Fabiyi in Ikeja off Obafemi Awolowo Way.