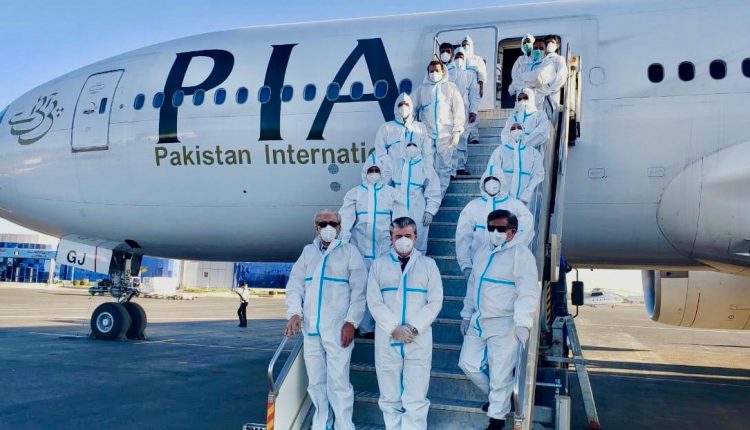 Pakistan International Airlines (PIA) will introduce a 50 percent cut in salaries and bonuses for its aircraft engineers from next year, its spokesman said on Monday.

PIA is a state-run entity that has incurred billions of rupees of losses in the past few years, with the government trying several measures to cut down the national carrier’s annual losses and approving bailout packages to keep it financially afloat.

“The special salaries and allowances of aircraft engineers will be reduced by 50 percent from January 2021,” PIA spokesman Abdullah Hafeez Khan told Arab News. “This has been done to rationalize the resources and allowances of our engineering staff.”

He said the move would be implemented to a “more realistic level” depending on employees’ qualifications and licensing.

“A lot of PIA engineers were getting the allowances for equipment that is not part of our fleet now such as (the) Boeing 747 and a few Airbuses. This move will not save much finances to the organization, but it will bring a realistic and just allowance structure.”

As an additional measure, PIA pilots will be paid 50 hours guaranteed allowance instead of 75.

“Pilots were getting flying allowances with a minimum guarantee of 75 hours which have also been rationalized, and now they will get benefit after flying for 50 hours,” Khan said, adding that the airline was going through “a lot of changes” to improve performance and viability.

“We have just introduced a Voluntary Separation Scheme (VSS) through which we expect 2,500 people to benefit. It is in the pipeline as all the preparations have been finalized and and notification has been issued today. The persons who will avail the scheme will leave PIA on 31 Dec. 2020.”

The cabinet’s Economic Coordination Committee approved PKR12.87 billion ($80.36 million), as the Aviation Division’s summary for cash support last month, as the cost of the VSS to be paid in two-and-a-half years.

The aviation sector is among the worst hit by the coronavirus outbreak, directly affecting global travel demand and forcing airlines to revise their strategies and financial plans.