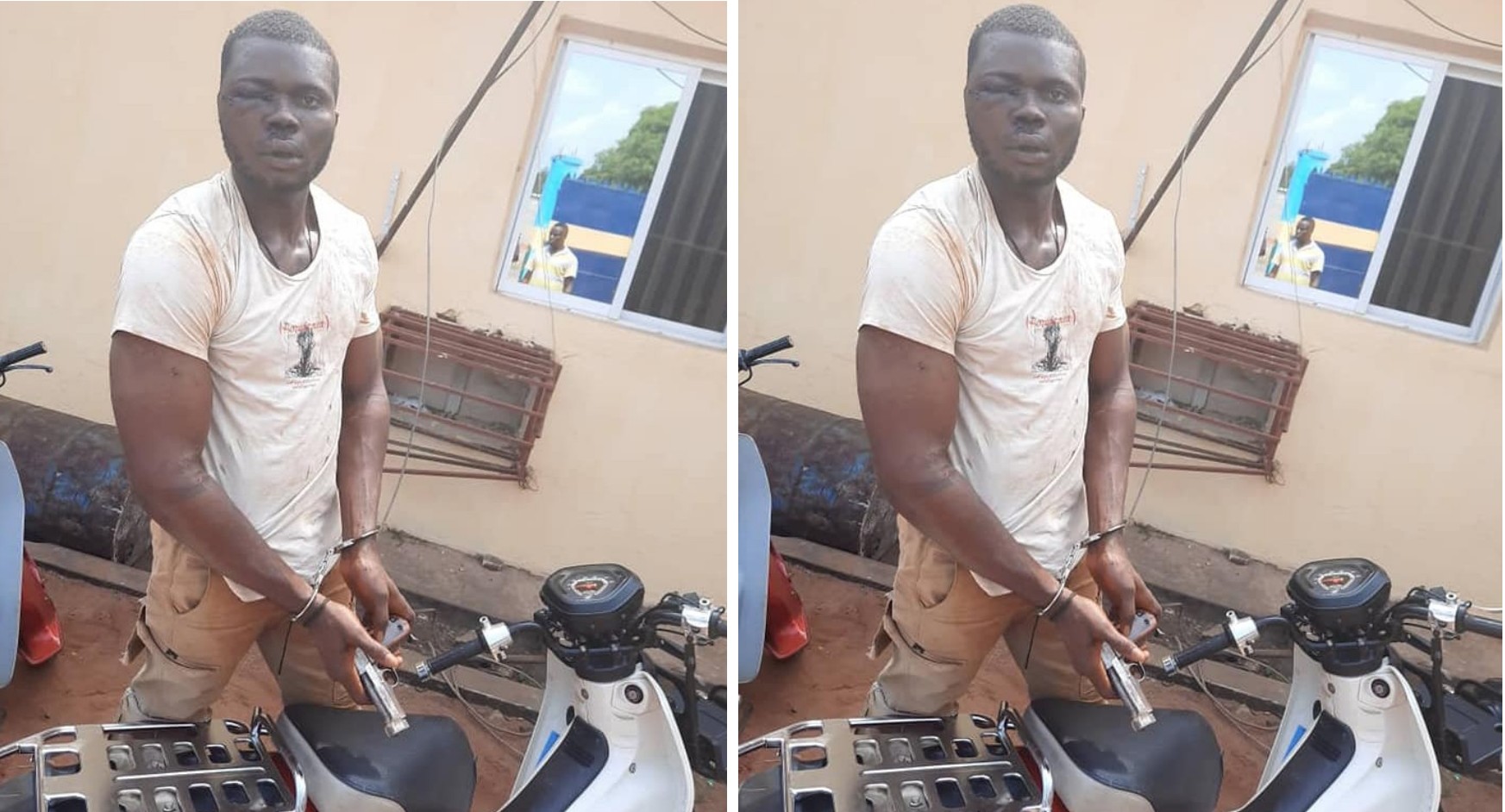 The arrest was made following a distress call that suspected armed robber allegedly snatched a Honda CUB50 at Okpuno Otolo in Nnewi North LGA of Anambra State.

Meanwhile, one English made barreta pistol with breech number 941396,one motorcycle and two assorted phones were recovered from the suspect and registered as exhibits.

However, the suspect was beaten to stupor by angry mob before he was rescued by the police and taken to the hospital for treatment. Case under investigation after which suspect would be brought to book.

In a related development, on 7/12/2020, Police Patrol Team attached to Aguata Division received a distress call that two men went to a filling Station to refuel with ash colored Highlander Jeep with REG.No AAA-625-ES but shortly after refueling, the occupants of the jeep refused to pay the fuel attendant his money, instead, they threatened to shoot him with a gun. On sighting the Police patrol team which responded promptly,the Suspects fired a gun and escaped, but were forced to abandon the jeep which was reasonably suspected to have been snatched at gun point after a hot pursuit.

READ  Pastor, Imam And 27 Others Arrested And Paraded For Violating Lockdown Order In Lagos

The vehicle was recovered and upon searched,a plate number with REG NO.KTU-314-EV was found inside the vehicle.Investigation is ongoing and effort is being intensified to apprehend the fleeing suspects in order to bring them to justice.