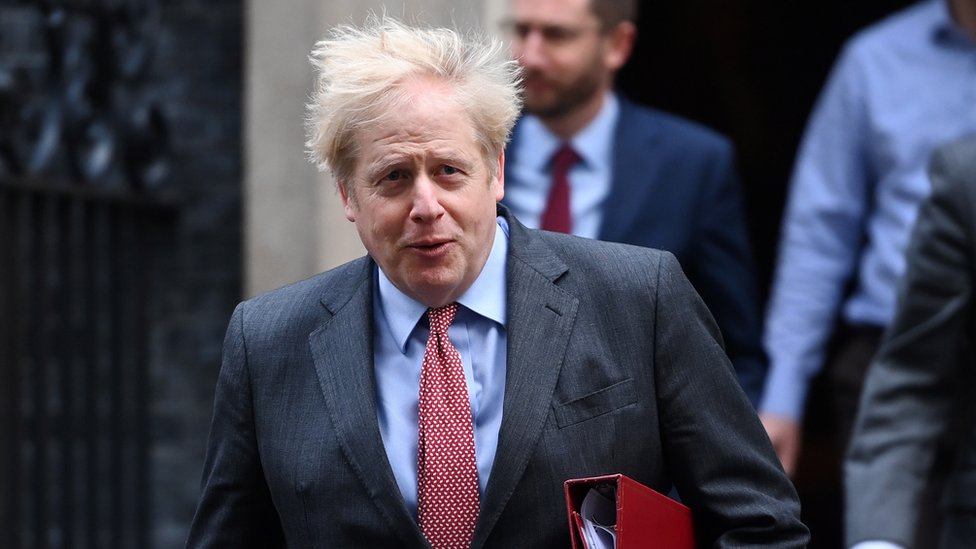 Johnson’s dash back to the city where once he made his name as an EU-bashing newspaper reporter marks the last chance of a breakthrough before Britain leaves the EU single market.

Talks are blocked over the issue of fair competition, with Britain refusing to accept a mechanism to allow the EU to retaliate swiftly if the UK business regulations change in ways that put European firms at a disadvantage.

EU negotiator Michel Barnier and his UK counterpart David Frost have narrowed the gaps over eight months of talks, but London insists it will reclaim full sovereignty at the end of the year after half-a-century of close economic integration.

If Britain leaves the EU single market in three weeks without a follow-on trade deal the delays that travellers and freight will face at its borders with the European Union will be compounded by import tariffs that will drive up prices.

Johnson spoke to Von der Leyen on Monday by telephone to secure the last chance dinner invitation after Barnier and Frost’s negotiations broke off without agreement.

He will travel by plane and arrive late Wednesday for talks at the Berlaymont building, the EU headquarters he once wrongly reported was slated for demolition when he covered Brussels as a newspaper journalist in the early 1990s.

But officials on both sides expressed pessimism ahead of the last-ditch encounter.

“I am always hopeful, but I have to be honest with you, the situation at the moment is tricky,” Johnson said as he toured a London hospital on Tuesday.

“Our friends have to understand the UK has left the EU to exercise democratic control. We are a long way apart still,” he said.

Barnier, meanwhile, gave a downbeat briefing to European ministers ahead of Thursday’s EU leaders summit, then tweeted: “We will never sacrifice our future for the present. Access to our market comes with conditions.”

“The sticking point in the negotiations is the equivalence clause requested by the EU to avoid distortions of competition if the UK refuses to align itself over time with EU tax, social and environmental standards,” he said.

But a UK government source warned: “We must be realistic that an agreement may not be possible, as we will not compromise on reclaiming UK sovereignty.”

The source added, however: “If we can make progress at a political level it may allow Lord Frost and his team to resume negotiations over the coming days.”

On Thursday, EU leaders including Germany’s Chancellor Angela Merkel and French President Emmanuel Macron will be in Brussels for a two-day summit dominated by an EU budget dispute, but Johnson is not expected to meet them.

Even as London and Brussels try to carve out a new trading relationship, the separate and politically vexed issue of Northern Ireland has loomed in the background.

Northern Ireland will have the UK’s only land border with the bloc from next year, and that border is meant to stay open as part of the 1998 peace deal that ended three decades of violence over British rule.

Johnson’s government had infuriated Dublin and Brussels by introducing a UK internal market bill that would override the EU Withdrawal Agreement, which bound London to respect Northern Ireland’s unique status.

But some measure of trust was restored on Tuesday, when senior UK minister Michael Gove and European Commission vice-president Maros Sefcovic said agreement had been made “in principle” on border arrangements.

The breakthrough covers goods passing from the British mainland to the province, and onwards to the EU’s single market via Ireland.

As a result, London will cut three controversial clauses in the bill going through the UK parliament that would have denied Brussels a say in future trading arrangements between the province and Ireland.

“We want to reach a deal, but not at any price. What we need is political will in London,” he said.

Irish Prime Minister Micheal Martin welcomed the border agreement, but warned that the broader issue of a trade deal has not yet been resolved.

“This isn’t about choreography, as some people may think. There’s a very serious issue with respect to the level playing field that will be difficult to resolve,” he told parliament in Dublin.

“And unfortunately we are facing the prospect of a no-deal Brexit if something doesn’t break that over the next day or two.”