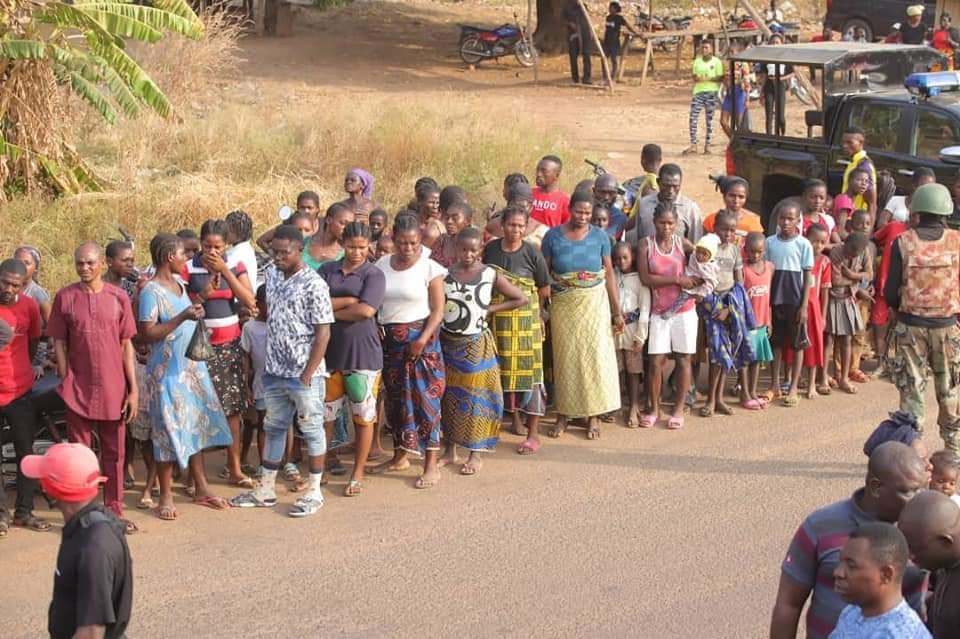 Governor Samuel Ortom, who confirmed the incident when he visited the scene of the attack on Saturday morning, December 12, said the armed herdsmen struck by 11pm when the people were asleep, killing Timothy Emberga Akwa, Innocent Akwa, Terhemba Emberga Akwa and an in-law identified as Orban.

The Governor while condemning the barbaric act recalled that a few weeks ago, the herders came without cattle and killed a husband and wife at Tse-Tyohemba, in the same axis of Makurdi, saying that security agents trailed and apprehended three of the assailants.

He assured the people that security has been beefed up to ensure 24 hours vigilance in the affected area to prevent a reoccurence of the ugly development and urged people of the affected communities to cooperate with security operatives.

The Governor while addressing the people at Adaka said enforcement of the Open Grazing Prohibition and Ranches Establishment Law of the state must continue no matter what armed herders do.

Addressing journalists during the visit, the Governor said he was in the hospital to identify with those who escaped the attack but were being treated of severe injuries sustained during the attack.

He acknowledged President Buhari’s directive to security agencies to tackle terrorists operating in the country, stressing that his administration would not relent until herdsmen attacks on his people end.

The Governor stated that the State Government would take over the treatment of those injured and are being treated.