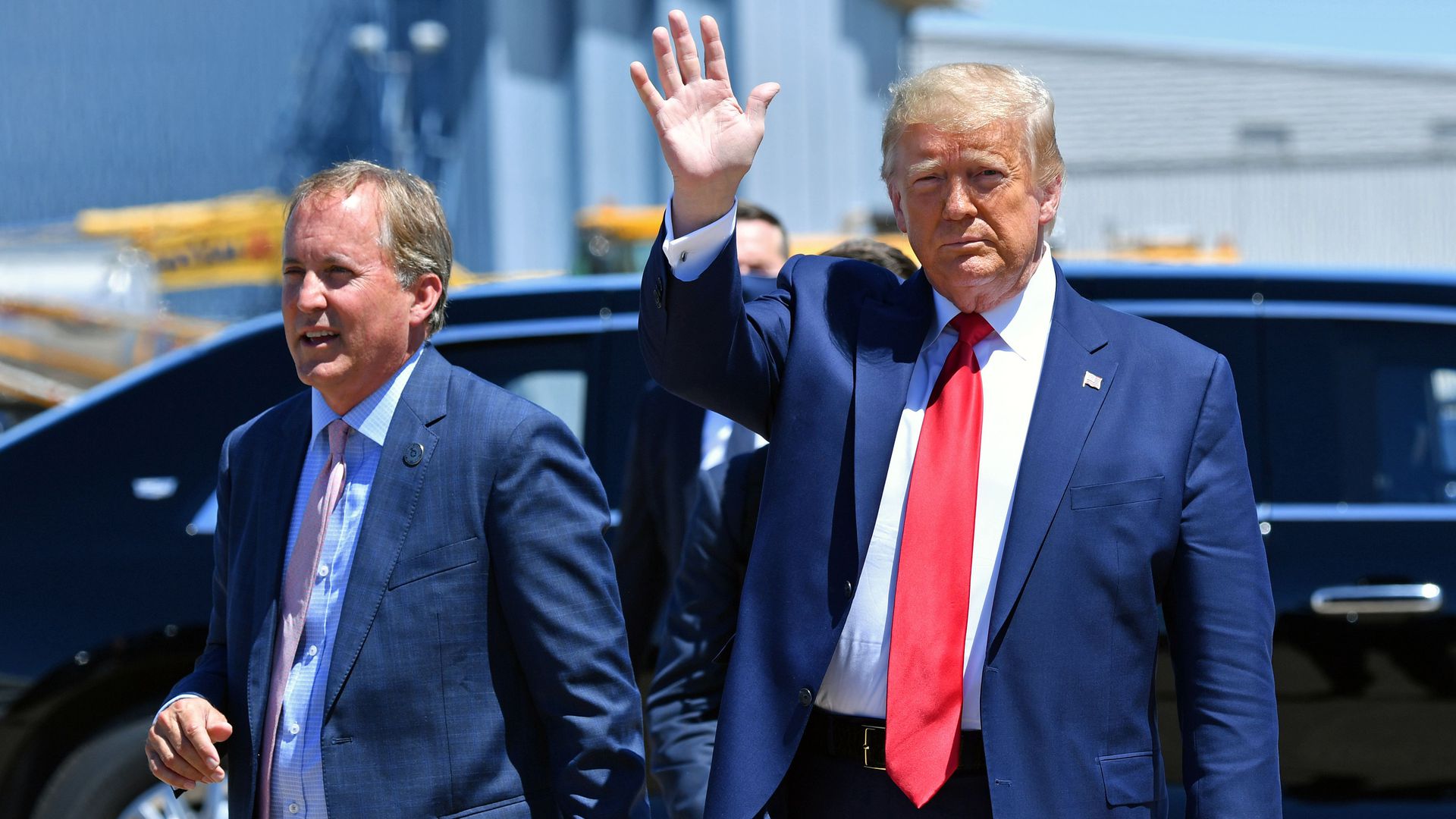 The Supreme Court on Friday rejected a lawsuit backed by President Donald Trump to overturn Joe Biden’s election victory, ending a desperate attempt to get legal issues rejected by state and federal judges before the nation’s highest court and subvert the will of voters.

The high court’s order was a stark repudiation of a legal claim that was widely regarded as dubious, yet embraced by the president, 19 Republican state attorneys general and 126 House Republicans.

Trump had insisted the court would find the “wisdom” and “courage” to adopt his baseless position that the election was the product of widespread fraud and should be overturned. But the nation’s highest court emphatically disagreed.

Friday’s order marked the second time this week that the court had rebuffed Republican requests that it get involved in the 2020 election outcome and reject the voters’ choice, as expressed in an election regarded by both Republican and Democratic officials as free and fair. The justices turned away an appeal from Pennsylvania Republicans on Tuesday.

On Monday, the Electoral College meets to formally elect Biden as the next president.

Trump had called the lawsuit filed by Texas against Georgia, Michigan, Pennsylvania and Wisconsin “the big one” that would end with the Supreme Court undoing Biden’s substantial Electoral College majority and allowing Trump to serve another four years in the White House.

In a brief order, the court said Texas does not have the legal right to sue those states because it “has not demonstrated a judicially cognizable interest in the manner in which another State conducts its elections.”

Justices Samuel Alito and Clarence Thomas, who have said previously the court does not have the authority to turn away lawsuits between states, said they would have heard Texas’ complaint. But they would not have done as Texas wanted — setting aside those four states’ 62 electoral votes for Biden — pending resolution of the lawsuit.

White House press secretary Kayleigh McEnany said the justices “dodged. They hid behind procedure. None of those justices gave a view on the facts of the case.” Appearing Friday night on Fox News Channel’s ”Hannity,” McEnany said the legal fight would continue in state courts.

Three Trump appointees sit on the high court. In his push to get the most recent of his nominees, Justice Amy Coney Barrett, confirmed quickly, Trump said she would be needed for any post-election lawsuits. Barrett appears to have participated in both cases this week. None of the Trump appointees noted a dissent in either case.

The four states sued by Texas had urged the court to reject the case as meritless. They were backed by another 22 states and the District of Columbia.

Republican support for the lawsuit and its call to throw out millions of votes in four battleground states was rooted in baseless claims of fraud, an extraordinary display of the party’s willingness to countermand the will of voters. House Republican Leader Kevin McCarthy of California and Minority Whip Steve Scalise of Louisiana were among those joining to support the action.

“The Court has rightly dismissed out of hand the extreme, unlawful and undemocratic GOP lawsuit to overturn the will of millions of American voters,” House Speaker Nancy Pelosi said Friday night.

A few Republicans expressed concerns about the case. Many others remained silent even as Trump endlessly repeated claims that he lost a chance at a second term due to widespread fraud.

Sen. Ben Sasse, a Nebraska Republican who has previously criticized the president, applauded the court’s decision.

“Since Election Night, a lot of people have been confusing voters by spinning Kenyan Birther-type, ‘Chavez rigged the election from the grave’ conspiracy theories, but every American who cares about the rule of law should take comfort that the Supreme Court — including all three of President Trump’s picks — closed the book on the nonsense,” Sasse said in a statement.

“While these stunts are legally insignificant, their cost to our country — in misleading the public about a free and fair election and in tearing at our Constitution — is high and we will not tolerate them from our sister states or anyone else,” said Shapiro, a Democrat.

The Texas complaint repeated false, disproven and unsubstantiated accusations about the voting in four states that went for Trump’s Democratic challenger. The high court had never before been asked for such a dramatic remedy.

Two days after Texas Attorney General Ken Paxton filed his suit, Trump jumped into the high court case. Hours later, the president held a meeting at the White House, scheduled before the suit was filed, with a dozen Republican attorneys general, including Paxton and several others who backed the effort.

“If the Supreme Court shows great Wisdom and Courage, the American People will win perhaps the most important case in history, and our Electoral Process will be respected again!” he tweeted Friday afternoon. Trump had spent the week relentlessly tweeting about the Texas case with the hashtag “overturn” and claiming, falsely, that he had won the election but was robbed.

Still, some of the top state Republican prosecutors who urged the court to get involved acknowledged that the effort was a long shot and sought to distance themselves from Trump’s baseless allegations of fraud.

The lawsuit also divided officials in some states.

Montana Attorney General Tim Fox supported Texas’ case, even though he said the suit was “belated” and its chances “are slim at best.” Fox said the case raised “important constitutional questions about the separation of powers and the integrity of mail-in ballots in those defendant states.”

But Gov. Steve Bullock, D-Mont., urged the court to reject the case. He said the fact that Texas is not suing Montana, which Trump won, even though the state similarly used mail-in ballots underscores that “this action is less about election integrity than it is about attempting to overturn the will of the electorate.”

Trump’s repetition of election-related falsehoods and conspiracy theories has taken hold among far-right media and much of his base. Many Republican voters in several states won by Biden have demanded that their elected officials find a way to invalidate the president-elect’s victories.

The Republican Party of Texas on Friday evening issued a statement raising the far-fetched possibility of secession. “Perhaps law-abiding states should bond together and form a Union of states that will abide by the constitution,” said party chairman Allen West, the former Florida congressman.

Even though the court’s action seemed to be the end of the road for Trump’s legal fights about the 2020 election results, the president’s efforts may have a destabilizing effect long after he leaves office. Trump’s personal attorney, Rudy Giuliani, vowed Friday to keep fighting.

“Some litigation may continue, but it will not change election results,” said Rick Hasen, a law professor at the Universtiy of California, Irvine. “The delegitimization of the Biden presidency by Trump, and of elections generally, will reverberate for years to come. And that’s a real tragedy.”