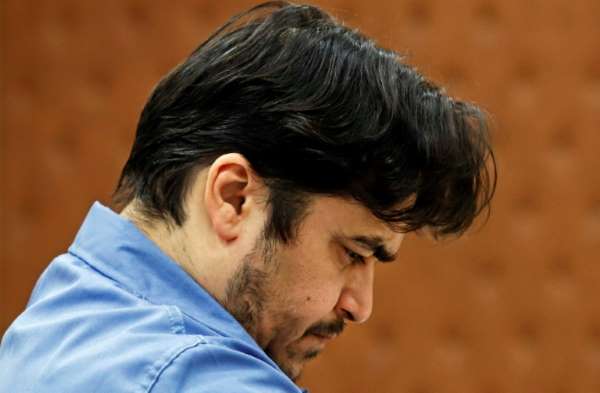 Organisers have postponed a major forum on business between Iran and Europe due to begin Monday in the wake of an outcry over the execution at the weekend of opposition figure Ruhollah Zam.

The three-day Europe-Iran Business Forum had been due to kick off with keynote remarks by Iranian Foreign Minister Mohammad Javad Zarif and EU foreign policy chief Josep Borrell, followed by a panel with EU ambassadors.

But the holding of the event caused controversy coming two days after the execution of Zam, who ran a social media channel popular during 2017 protests.

The hashtag #BoycottEuropeIranBusinessForum trended on Twitter and several activists spoke out against the online event taking place.

“The organising committee of the Europe-Iran Business Forum has decided to take the exceptional step of postponing the conference,” the organisers said in a statement late Sunday.

“The European and Iranian business communities continue to see significant potential and value in commercial exchanges,” they added, expressing hope the conference would take place in the near future.

The French foreign ministry had said on its Twitter account that following the “barbaric and unacceptable execution” of Zam its ambassador to Tehran, as well as those of Germany, Austria and Italy, were cancelling their participation in the forum.

“#nobusinessasusual,” it said in a hashtag.

Zam was hanged on Saturday after Iran’s supreme court upheld his death sentence passed in June over his role in protests during the winter of 2017-18, among other charges.

The dissident, who ran a Telegram channel widely followed in the protests, had lived in Paris for several years after being given refugee status and residency in France.

But activists say he was held after travelling to Iraq from Paris in October 2019 in circumstances that remain unclear, with some campaigners accusing Tehran of abducting him.

The German foreign ministry said in a statement Sunday it was shocked by the circumstances surrounding Zam’s conviction “particularly by the… kidnapping from abroad”.

Iran’s foreign ministry on Sunday had summoned Germany and France’s envoys to protest EU condemnation of his execution.

The postponing of the business forum is a major blow to proponents of improving engagement with Iran through encouraging trade and commerce.

The international furore over Zam’s execution also comes at a hugely delicate time with European powers keen to revive the international deal on the Iranian nuclear programme when incoming US president Joe Biden takes office next year.