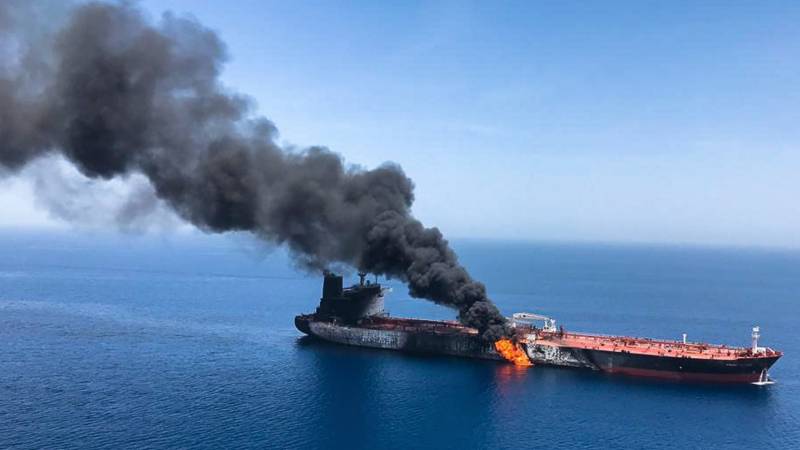 An explosion rocked a Singapore-flagged oil tanker off the Saudi port city of Jeddah Monday, the vessel’s owner said, in the latest in a series of attacks on energy infrastructure in the kingdom.

No group has so far claimed responsibility for the blast on the tanker BW Rhine, but it comes as Iran-backed Huthi rebels in neighbouring Yemen step up cross-border attacks against Saudi targets in retaliation for a five-year military campaign led by Riyadh.

“BW Rhine has been hit from an external source whilst discharging at Jeddah… causing an explosion and subsequent fire onboard,” its owner, Singapore-based shipping company Hafnia, said in a statement.

“The crew have extinguished the fire with assistance from the shore fire brigade and tug boats, and all 22 seafarers have been accounted for with no injuries,” it added.

Saudi authorities did not immediately confirm the blast off Jeddah, a key Red Sea port and distribution centre for oil giant Saudi Aramco.

Hafnia reported “hull damage” in the blast, which struck just after midnight on Monday, and did not rule out the possibility of an oil spill.

“It is possible that some oil has escaped from the vessel, but this has not been confirmed and instrumentation currently indicates that oil levels on board are at the same level as before the incident,” Hafnia said.

Dryad Global, a London-based maritime intelligence firm, also reported the latest explosion, saying it struck a vessel while “carrying out operations within the main tanker anchorage at the Saudi Aramco Jeddah port”.

But it identified the Dominican-flagged tanker Desert Rose or the Saudi-flagged Al Amal Al Saudi as the possible targets.

The incident comes after an explosion last month rocked a Greek-operated oil tanker docked at Saudi Arabia’s southern port of Shuqaiq, an attack that a Riyadh-led military coalition blamed on Yemen’s Huthi rebels.

No injuries were reported in that blast on the Maltese-flagged Agrari tanker, according to its Greece-based operator TMS Tankers.

Last month, the Huthi rebels said they struck a plant operated by Saudi Aramco Jeddah with a Quds-2 missile. Aramco said that strike tore a hole in an oil tank, triggering an explosion and fire.

The incidents, which underscore the vulnerability of Saudi Arabia’s oil infrastructure, come as the Huthis escalate attacks on Saudi Arabia in retaliation for the military campaign in Yemen.

Saudi Arabia is stuck in a military quagmire in Yemen, which has been locked in conflict since the rebels took control of the capital Sanaa in 2014 and went on to seize much of the north.

Riyadh led a coalition that intervened to support the internationally recognised government the following year, but the conflict has shown no signs of abating since.

Tens of thousands of people, mostly civilians, have been killed and millions displaced in Yemen’s war, which the United Nations has called the world’s worst humanitarian disaster.