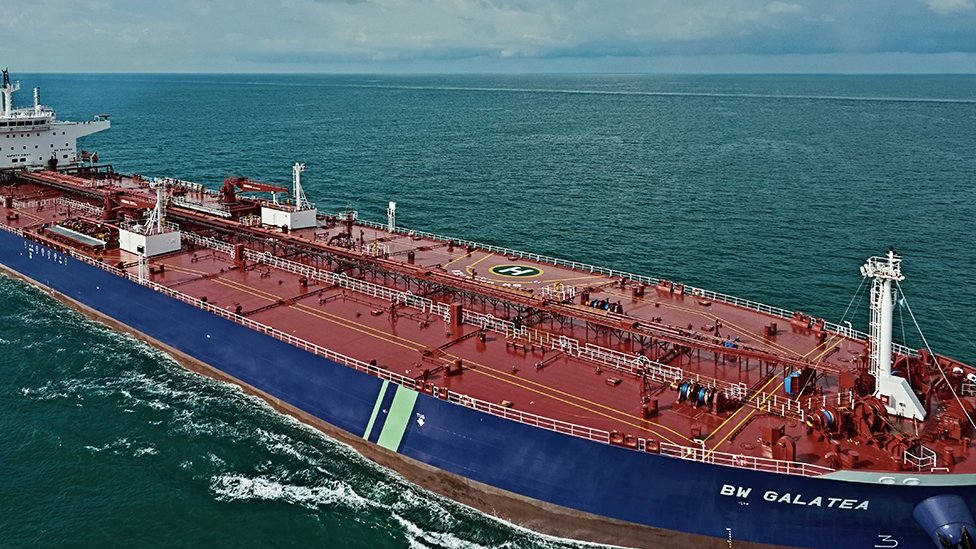 An oil tanker off Saudi Arabia’s port city of Jiddah suffered an explosion early Monday after being hit by “an external source,” a shipping company said, suggesting another vessel has come under attack off the kingdom amid its yearslong war in Yemen.

The Singapore-flagged BW Rhine saw all 22 sailors on board escape without injury, the BW Group said in a statement. The company warned it was possible some oil leaked out from the site of the blast.

Saudi Arabia did not immediately acknowledge the blast, which struck off a crucial port and distribution center for its oil trade. However, it comes after a mine attack last month that damaged a tanker off Saudi Arabia that authorities blamed on Yemen’s Houthi rebels.

The United Kingdom Marine Trade Operations, an organization under Britain’s royal navy, urged ships in the area to exercise caution and said investigations were ongoing.

Dryad Global, a maritime intelligence firm, also reported the blast. No one immediately offered a cause.

The U.S. Navy’s 5th Fleet, which patrols the Mideast, did not immediately respond to a request for comment.

The explosion comes after a mine exploded and damaged a ship off Saudi Arabia last month. Another mysterious attack targeted a cargo ship off the small port city of Nishtun in Yemen’s far east earlier this month.

Yemen’s Iranian-backed Houthi rebels have used sea mines before in their long war against a Saudi-led coalition. However, the Houthis have not commented last month’s attack.

Dryad Global said if it was the Houthis behind Sunday’s blast, it “would represent a fundamental shift in both targeting capabilities and intent.”

The Red Sea is a vital shipping lane for both cargo and global energy supplies, making any mining of the area a danger not only to Saudi Arabia but to the rest of the world. Mines can enter the water and then be carried away by the currents that change by the season in the Red Sea.

The Red Sea has been mined previously. In 1984, some 19 ships reported striking mines there, with only one ever being recovered and disarmed, according to a U.N. panel of experts investigating Yemen’s war.