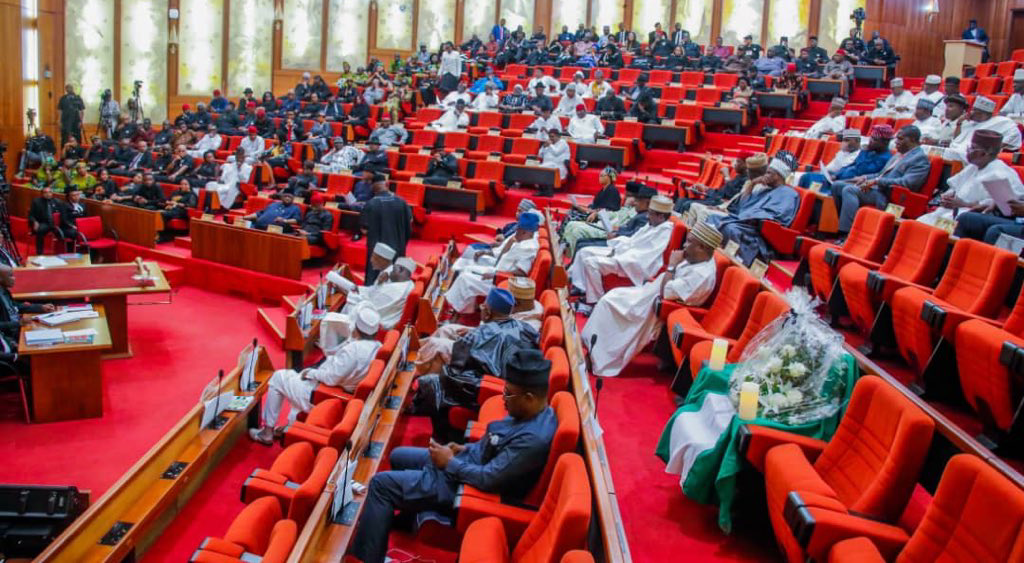 Also Professor Nora Ladi Daduu’t representing Plateau South Senatorial district was sworn in. Daduu’t, a Professor of French at the University of Jos replaced late Ignatius Longjan who died in February this year.

All the newly inaugurated Senators participated in the bye-election that was conducted penultimate Saturday.

In solidarity, the governor of Plateau State, Hon. Simon Lalong was present to witness the swearing-in ceremony of the Senator representing Plateau, Plateau South Senatorial district.

READ  Reno Omokri reveals what will happen to Akpabio if he decamps to APC
Share this Post[?]