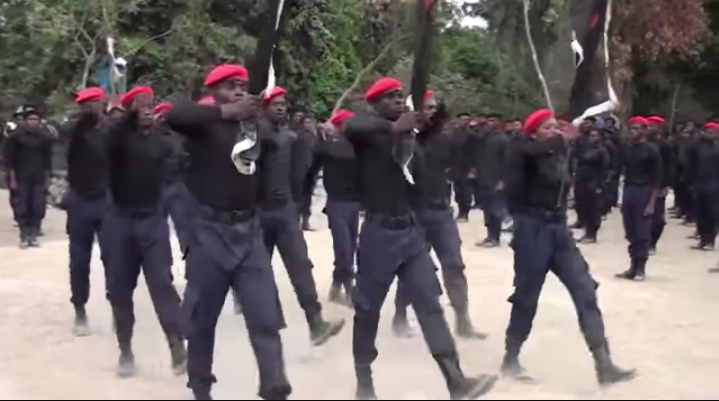 Youth wing of the Ohanaeze Ndigbo yesterday declared that the Indigenous People of Biafra (IPOB) does not have their support in launching their security outfit, the Eastern Security Network (ESN).

Media and Publicity Secretary of the Igbo socio cultural organisation, Osmond Nkeoma, made the disclosure to The Sun while reacting to the unveiling of the new security outfit by IPOB. Nkeoma said “Ohanaeze will not recognise the outfit because they were never consulted by IPOB before floating the ESN.”

“We can’t support what we do not know the motive. They said it is a security outfit, but how do we know this is true; they undermined us and went ahead to float their security outfit, we can never be part of it,” Nkeoma said.

Meanwhile, IPOB has said that they can’t continue to wait for the governors of the southeast before deciding on using the services of their local security outfit to protect people in the areas.

In a statement by the group’s Media and Publicity Secretary, Emma Powerful, he blamed the wanton killing of Ndigbo and activities of the herdsmen on the lack of courage of the governors to respond to the security challenges in their zones.

He said: “Having waited for many years for our governors to secure our land as Yoruba governors did to no avail, we the people of the East, comprising of South East and South South, have resolved to defend our land from the ravages of Fulani terrorism and extra judicial killings by the armed forces. We can’t allow what happened in Obigbo to repeat itself,” he vowed.

Powerful added: “For years, our mothers have not been able to visit their farms for fear of being raped and cut to pieces.

“Delta State Government has inaugurated Operation Delta Hawk. The West were united in their effort to combat Fulani terrorism in their territory, even Miyetti Allah, an open supporter of Fulani herdsmen, had the guts to float a vigilante outfit spread across the nook and cranny of Nigeria with the support of the Presidency and Northern governors.

“But, in our land, the governors in the East cowardly allowed themselves to become fragmented out of fear of displeasing their masters,” Powerful claimed.

Explaining how the outfit was formed, Powerful said: “Every ethnic group across Biafraland is well represented in this formation, therefore, I am confident that every city, town and village will be protected from the ravages of Fulani terrorism in whatever guise it manifests itself.

“The ESN is not the Biafran Army and must not be regarded as such. If and when the need to float an army arises, we shall dutifully notify the world.” Powerful explained.

READ  Woman Rejected By Lagos Hospital, Dies In Front Of Her Children On The Road
Share this Post[?]