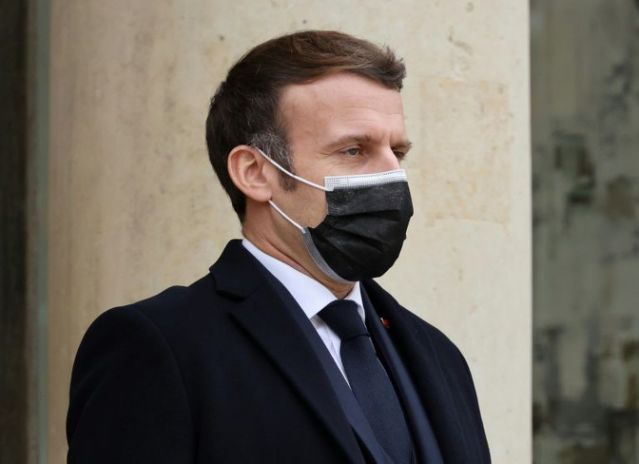 French President Emmanuel Macron has tested positive for Covid-19, the Élysée Palace announced on Thursday. Other French and EU leaders will be self-isolating after coming into contact with Macron over the past week, their offices said.

“The president of the Republic has been diagnosed positive for Covid-19 today,” the presidential palace said in a statement.

“This diagnosis was made following a PCR test performed at the onset of the first symptoms,” the statement said, without detailing what symptoms Macron exhibited.

The presidency said he would isolate for the next seven days, as recommended by French health authorities, and has cancelled all foreign trips.

Macron “will continue to work and carry out his activities remotely”, the Élysée Palace said.

Prime Minister Jean Castex, who was in contact with Macron at the government’s weekly Cabinet meeting on Wednesday, will also self-isolate as will First Lady Brigitte Macron, although she is not showing any symptoms of Covid-19, her office said Thursday.

Macron is the latest head of state to contract the virus. US President Donald Trump tested positive in October, and UK Prime Minister Boris Johnson tested positive in March. German Chancellor Angela Merkel went into self-isolation in March and early April after having contact with a doctor who tested positive.

Johnson offered Macron his best and wished him a speedy recovery on Twitter.

Macron attended a European Union summit in Brussels at the end of last week and was present at an event in Paris organised for the 60th anniversary of the Organisation for Economic Co-operation and Development (OECD).

The president of the European Council, Charles Michel, is self-isolating as are Spanish Prime Minister Pedro Sanchez and Portugal’s premier Antonio Costa after attending the OECD event and a lunch at the Elysée Palace with Macron, their offices said.

Michel tested negative on Tuesday after returning from Paris. “However, as a matter of precaution the president will go into self-isolation”, spokesman Barend Leyts tweeted.

Macron was also at a European Council heads of state meeting on December 10-11th. His schedule over the last week included a private dinner with Egyptian President Abdel Fattah al-Sisi during which he awarded him the Grand Cross of the Legion of Honour.

Macron also had lunch this week with European Commission President Ursula von der Leyen, whose office said Thursday she has no plans yet to self-isolate.

France earlier this week eased restrictions imposed to battle the second wave of the coronavirus but infection rates remain high. There is still a nationwide overnight curfew in place from 8pm to halt the spread of the virus while restaurants and cafés, as well as theatres and cinemas, remain closed.

Almost 60,000 people have died in France of coronavirus since the start of the pandemic, according to official figures. The recording of over 17,000 new cases on Wednesday alone also generated concern as people shop and travel more frequently ahead of the Christmas holidays.

Like other EU states, France is pinning its hopes on a vaccine to quell the virus. Prime Minister Castex said Wednesday the country will receive around 1.16 million Covid-19 vaccine doses by the end of the year.