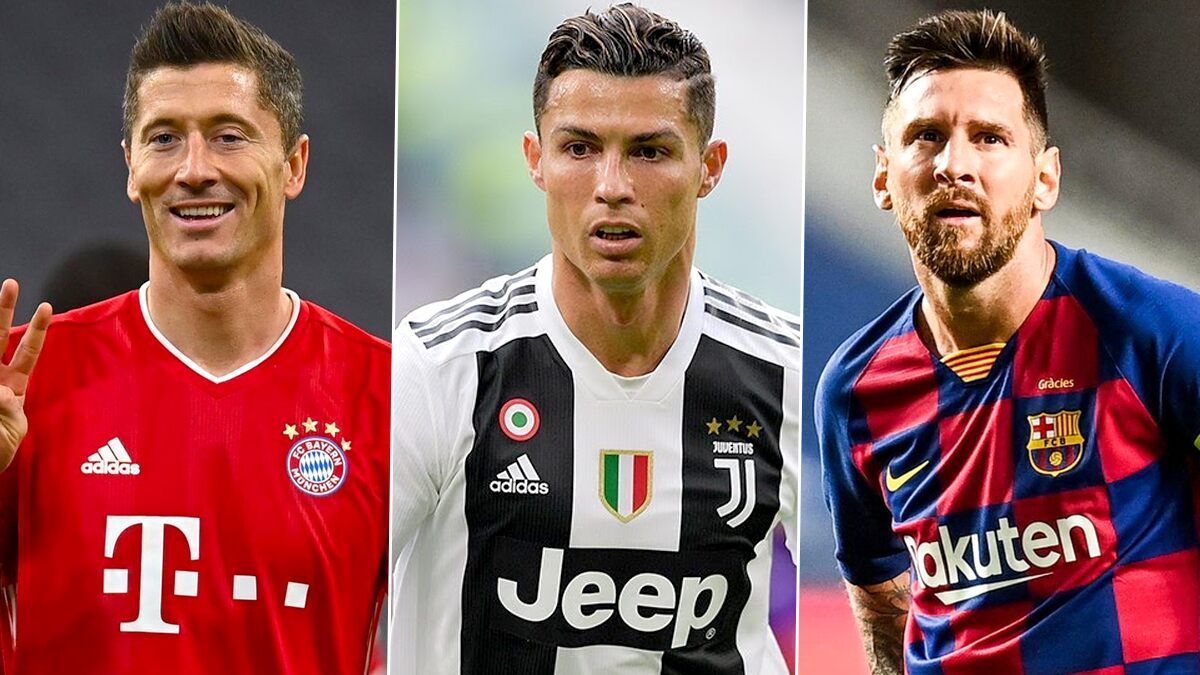 Robert Lewandowski has been named The Best FIFA Men’s Player of the Year for 2020, with the Bayern Munich star beating Lionel Messi and Cristiano Ronaldo to the coveted prize.

The Poland forward was without equal in the 2019-20 season, scoring 55 goals in 47 appearances as Bayern swept to a Bundesliga, Champions League and DFB-Pokal treble – with Lewandowski the top scorer in all three competitions.

The 32-year-old has continued his stunning form into the new season and, on Wednesday, scored his 250th goal in the Bundesliga to help Bayern to an important win.

Lewandowski was the firm favourite to scoop the prize in a year in which the Ballon d’Or was cancelled due to the coronavirus pandemic.

“I feel fantastic,” Lewandowski said. “I am very proud and happy to be honest this is a great day for me, and also for my club and colleagues. This award also belongs to my colleagues, the coach and Bayern Munich in general. It is an incredible feeling, a lot of emotions.

“If you win such an award and share that title with Messi and Ronaldo, that is unbelievable and it means so much to me. A long time ago, I remember I was longing for something like this and now I can win such and award. This really means, regardless of where you come form, all that matters is what you put into it.”

Lucy Bronze was named The Best FIFA Women’s Player of the Year. Bronze returned home to England with Manchester City this year after starring for Lyon last season.

Bronze won four trophies with the French side last season and will be hoping to help take City to the next level and challenge for the Champions League. She beat former Lyon team-mate Wendie Renard and Chelsea’s world-record signing Pernille Harder to win the award for the first time.

It was a successful night for Bayern aside from Lewandowski, with Manuel Neuer named The Best Men’s Goalkeeper ahead of Liverpool keeper Alisson and Jan Oblak of Atletico Madrid.

Sarah Bouhaddi was named the Best Women’s Goalkeeper after helping French giants Lyon to a Division 1, Champions League and Coupe de France treble. Bouhaddi beat Christiane Endler of PSG and Alyssa Naeher of the Chicago Red Stars to the title.

Sarina Wiegman, the Netherlands head coach who is due to replace Phil Neville as manager of England Women, was named the Best Women’s Coach, edging out Chelsea’s Emma Hayes and Lyon’s Jean-Luc Vasseur.

Son Heung-min won the Puskas Award for his incredible individual goal for Tottenham against Burnley, with the South Korea star winning the vote ahead of goals from Uruguayan pair Luis Suarez and Giorgian De Arrascaeta.