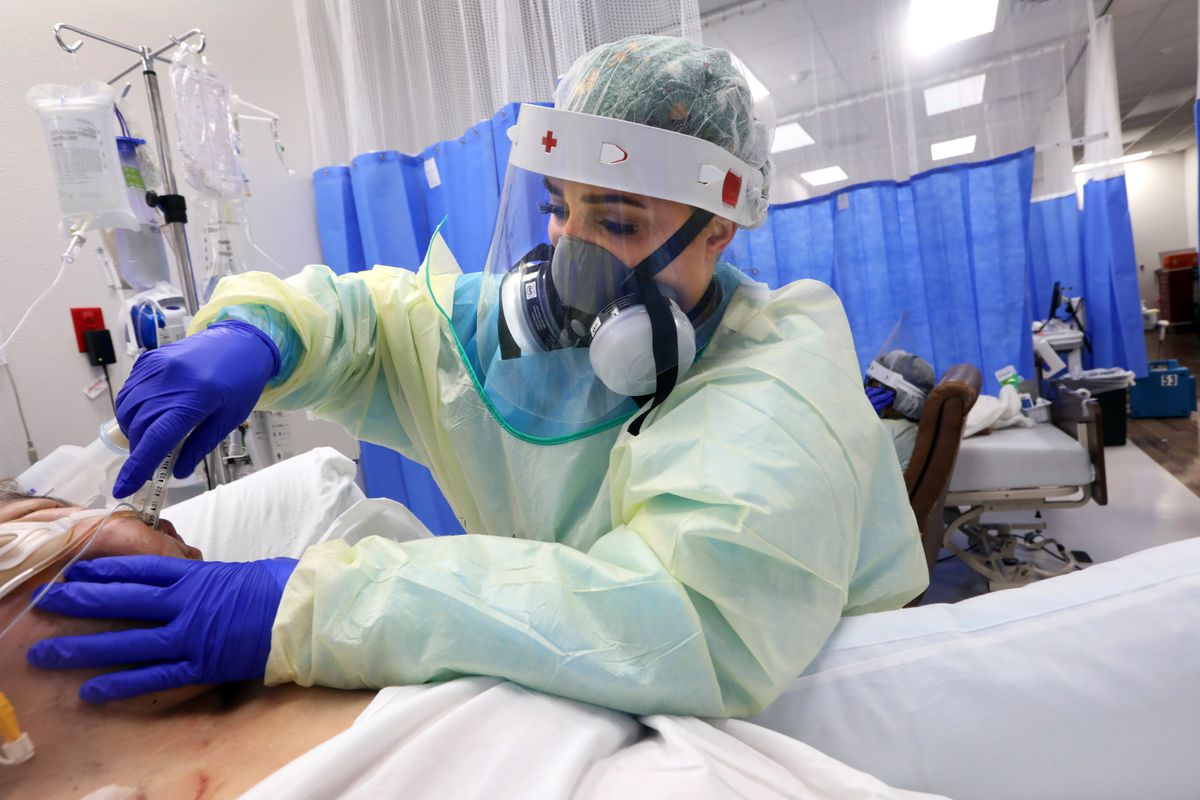 The United States on Wednesday widened its network for administering COVID-19 vaccines to doctors and nurses on the frontlines of a pandemic killing more than 3,000 Americans a day, even as a major storm threatened to slow progress on the East Coast.

While medical professionals at a growing number of hospitals rolled up their sleeves, lawmakers on Capitol Hill said they were nearing a long-elusive bipartisan deal on $900 billion in economic relief to pandemic-hit U.S. workers and businesses.

The aid package, to be attached to a massive spending bill that must pass by Friday to avert a federal shutdown, was not expected to include COVID-relief funds for state and local governments, as Democrats wanted, or protections for companies from pandemic-related lawsuits, as sought by Republicans.

Rollout of the first tranche of 2.9 million doses of a newly authorized vaccine from Pfizer Inc and German partner BioNTech SE was in its third full day, with shipments headed to 66 more distribution hubs nationwide.

A second vaccine from Moderna Inc could win emergency-use approval from the U.S. Food and Drug Administration this week.

Express delivery companies FedEx and United Parcel Service, sharing a leading role in vaccine shipments, said they were monitoring potential impacts of heavy ice and snow that began to disrupt transport along the Eastern Seaboard.

U.S. Army General Gustave Perna, overseeing the government’s Operation Warp Speed campaign, said FedEx and UPS have developed contingency plans to keep any delayed vaccine shipments secure until they can be “delivered the next day.”

“We are on track with all the deliveries we said we were doing,” Perna told reporters at a briefing. He cited a minor glitch involving four trays of vaccine – two sent to California and two to Alabama – that arrived at temperatures lower than prescribed. The trays in question were shipped back to Pfizer and later replaced, Perna said.

Some 570 other vaccine distribution centers received the bulk of the initial batch of shipments on Monday and Tuesday, and an even larger wave was due for delivery to 886 additional locations on Friday, Perna said.

From each distribution site, vaccine doses were divided up among area hospitals and administered to healthcare workers, designated as first in line to be immunized. Some were also going to residents and staff of long-term care facilities. Later vaccine rounds will go to other essential workers, senior citizens and people with chronic health conditions.

U.S. President-elect Joe Biden, who has said he would get the vaccine publicly to help instill confidence in its safety, is expected to receive his first injection as soon as next week, according to his transition team.

Biden, 78, is in a high-risk category for the coronavirus due to his age.

It will take several months before vaccines are widely available to the public on demand, and opinion polls have found many Americans hesitant about getting inoculated.

Political leaders and medical authorities in the meantime have launched a media blitz assuring Americans that the vaccines are safe while urging them to avoid growing weary of social distancing and mask-wearing while the pandemic rages on.

“It is not over yet,” Dr Anthony Fauci, a member of the White House coronavirus task force, told CBS News. “Public health measures are the bridge to get to the vaccine, which is going to get us out of this.”

Data shows surging infections and hospitalizations are driving healthcare systems to the breaking point across much of the country, with many intensive care units at or near capacity.

READ  It Is A Blessing I Caught Coronavirus, Says US President Trump

The United States reported at least 3,459 additional coronavirus deaths on Wednesday alone, a record that marks the fourth time in a week the daily toll has surpassed 3,000, according to a Reuters tally. The seven-day average has topped 2,500 lives lost every 24 hours for the first time this week.

To date, COVID-19 deaths total more than 304,000 nationally, while the mounting case load of 16.7 million known infections represents roughly 5% of the U.S. population.

With hospitalizations setting a record for the 19th day in a row – nearly 113,000 patients under treatment on Wednesday – health experts warn that fatalities will rise higher still in the weeks ahead, even as the vaccine campaign steadily expands.

Another 2 million doses of the Pfizer vaccine and 5.9 million doses of Moderna’s vaccine could be allocated next week, U.S. Health Secretary Alex Azar told a conference call. Both require two doses, given three or four weeks apart, for each person inoculated.

In all, the United States has options to buy up to 300 million doses of those vaccines, Azar said, plus hundreds of millions more doses of vaccines yet to receive approval, including some single-dose drugs.

The United States could have a surplus supply of vaccines in the future, if all the vaccines it has secured are authorized for use, Azar said, which could eventually benefit other countries.