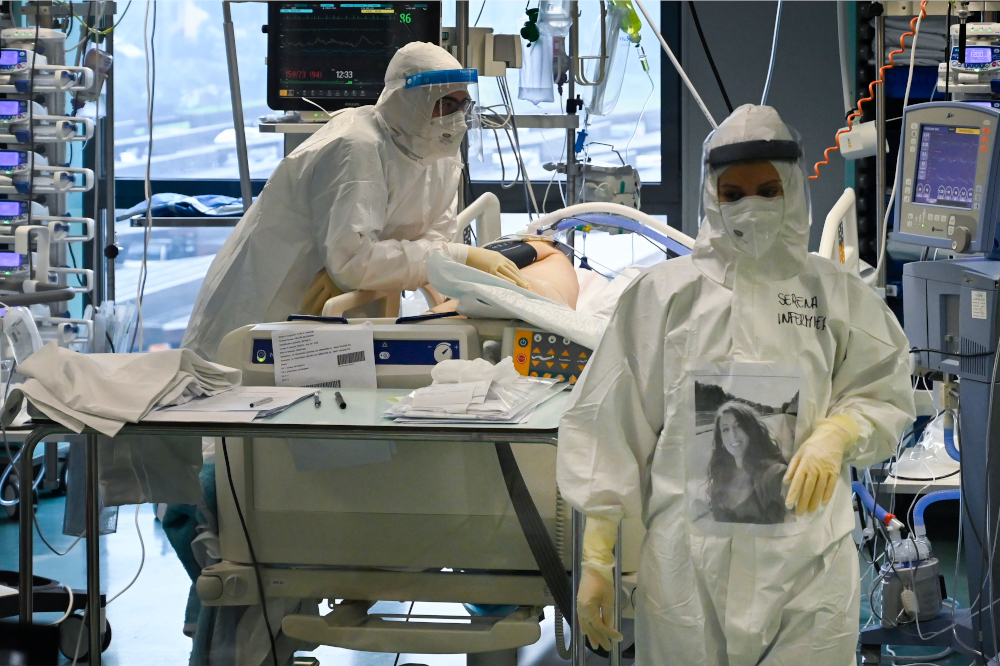 Coronavirus vaccine approvals and rollouts have brought comfort and joy to many this Christmas but failed to halt new curbs on travel and family gatherings as Covid-19 cases rise worldwide.

More than 73.68 million people have been reported to be infected by the coronavirus globally and 1,655,424 have died, according to a Reuters tally, with the United States leading the way in the number of deaths and infections.

A fast-spreading US surge is pushing hospitals to the brink, weeks after millions took to the air and roads for the Thanksgiving holiday, with admissions rising to record heights for a 19th straight day.

Now many countries are preparing for the Christmas rush, with travel plans for thousands of Australians thrown into chaos when states and territories imposed border restrictions after 28 Covid-19 cases were detected in Sydney.

Large areas of England will be added to the “very high alert” Covid-19 tier category this weekend, placing residents under the most stringent curbs even as the government tries to defend a plan to relax curbs for five days over Christmas.

“It doesn’t look like the tier system is holding the epidemic wave back, unfortunately” John Edmunds, a member of the government’s Scientific Advisory Group for Emergencies, told Sky News.

“I think we are going to have to look at these measures and perhaps tighten them up.”

South Korea, praised worldwide for its handling of the pandemic in its early stages, reported 1,062 new cases today, its second-highest ever daily tally, as the government agonised over tighter restrictions.

Austrians abroad were heading home early for Christmas ahead of new quarantine rules coming in tomorrow. The country is going into a third lockdown after Christmas, the national news agency APA reported today.

The Spanish capital of Madrid, one of Europe’s worst Covid-19 hotspots at the start of the pandemic, has progressively reduced its spread without closing down clubs or shops.

But with an average notification rate of 244 cases per 100,000 inhabitants over the last 14 days, the region is back to levels seen before the second wave started.

Police in Lithuania were planning to set up roadblocks to enforce a lockdown.

As government leaders across the world address their nations on how to fight the pandemic, US President Donald Trump has been largely silent, with his critics accusing him of abrogating his responsibilities as cases soar.

EU states will start vaccinations against Covid-19 on December 27 as Europe tries to catch up with Britain and the United States after what some have criticised as a slow EU approval process for the shots.

The European Union has been waiting for the European Medicines Agency (EMA) to approve a vaccine from Pfizer Inc and German partner BioNTech SE. The EMA is expected to make an announcement on December 21.

A panel of outside advisors to the FDA overwhelmingly endorsed the emergency use the vaccine, virtually assuring a second option for protection.

Last week, the same panel backed the Pfizer vaccine, leading to an FDA emergency use authorisation a day later.