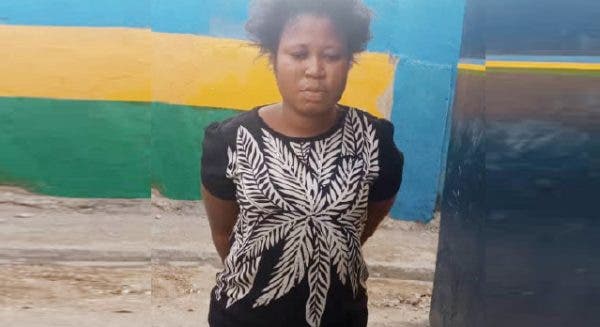 A woman identified as Mrs Mary Omifunto has reportedly poured hot water on her 14-year-old daughter, Kaosarat, inflicting burns on many parts of her body.

According to reports, the teenager’s offence was that she refused to assist her mother, who sells rice, to hawk the food last Sunday.

Omifunto reportedly had a lot of unsold beef the previous day and decided to cook food on Sunday so the meat would not spoil.

Kaosarat, a primary 5 pupil, was said to have declined when her mother asked her to hawk that Sunday.

Angered by her defiance, the mother was said to have slapped Kaosarat, who allegedly replied the slap.

In a fit of anger, Omifunto reportedly went for hot water on fire and poured it on her, scalding her back and leg.

The Guidance and Counselling unit of the Oshodi-Isolo Local Government Education Authority got wind of the incident and reported the case to police at the Akinpelu Division who arrested the mother.

A child rights activist, who spoke on condition of anonymity, told City Round that the case had been transferred to the Gender Unit of the Lagos State Police Command in Ikeja.