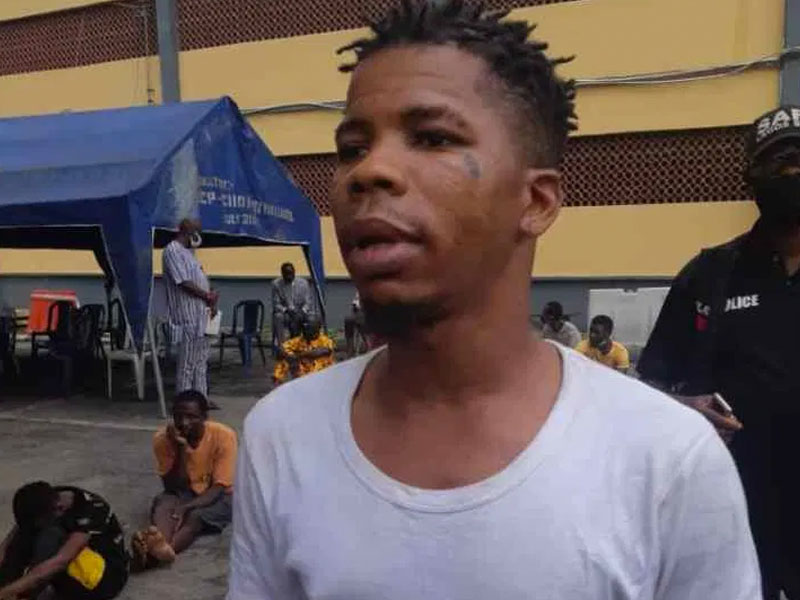 It will be recalled that Ajayi, also known for raping his victims, was paraded by the Commissioner of Police, Hakeem Odumosu, in August 2020.

Adeniyi Ajayi, a notorious armed robber, has escaped from the custody of the Lagos State Police Command, stirring serious controversy, SaharaReporters has gathered.

It will be recalled that Ajayi, also known for raping his victims, was paraded by the Commissioner of Police, Hakeem Odumosu, in August 2020.

Speaking on how the suspect was arrested, Odumosu said he had robbed some female and male staff of a company on June 16, 2020.

Operatives tracked the phone the suspect stole, and he was arrested in a hotel in the Ijora Badia area of the state.

Rather than showing remorse for his action, Ajayi, also known as Ogologo, begged the police to kill him, instead of sending him back to prison.

He said his modus operandi was to break into victims’ homes, ordering them to cooperate with him or risk being killed by other members of his gang whom he claimed had surrounded the building.

He confessed to having operated at Sabo, Ijora Badia and Lagos Island areas.

When news of his arrest filtered in, eight victims, some of whom were civil servants and lawyers, stormed SARS office to affirm that he raped them during the operation.

Among them were also two female staff of a company in Sabo, who disclosed that he raped them right before their male colleagues, in broad daylight on June 16, 2020. After that, they said he carted away their phones, two laptops and Automated Teller Machine, ATM cards.

SaharaReporters gathered that Ajayi has escaped from detention through the help of some senior police officers.

SaharaReporters learnt Ajayi robbed two homes and raped a lady after he escaped from police custody.

A source said, “They said he uses juju. I don’t know what to believe, but the guy is quite artful and very prolific. He knows how to escape and evade arrest. We were on his trail for a while until, with the help of SARS, he was recently arrested.

“However, during the #EndSARS campaign, a neighbourhood security person informed me that the guy had been released. I didn’t believe it. I made calls to some SARS officers at the Lagos State Command of Nigeria.

“They told me it’s a lie, but my security source was adamant. Just last week we got information that he robbed two homes recently and raped someone. When I confronted the SARS officers, they owned up that the guy is no longer in detention as he had escaped in the course of a purported jailbreak.

“This explanation sounded fishy because there was no report of a jailbreak anywhere in Lagos during the #EndSARS protests. So how come? Our lives are now in danger.”