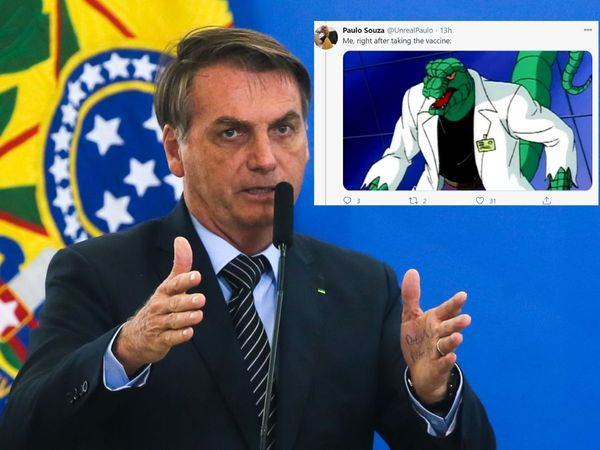 Brazillian President Jair Bolsonaro has told the Media that even though the Pfizer Vaccine has been approved for use in his country, he would not take it.

He also cautioned those who will take the vaccine that if they become Crocodiles, It is their problem to deal with and not his.

He further cemented that statement by telling ladies that if they took the medicine and grew beards, that it is their business.

President Jair have become fond of making controversial statements and this is neither a select incidence nor a mis-statement. Previously the man told reporters earlier this year, that the Covid Virus was a Flu.

He also told the Brazillian People that if they developed Superhuman Powers, men begins to speak in a feminine voice or Women begins to grow beard, nobody should call him as it is non of his business.