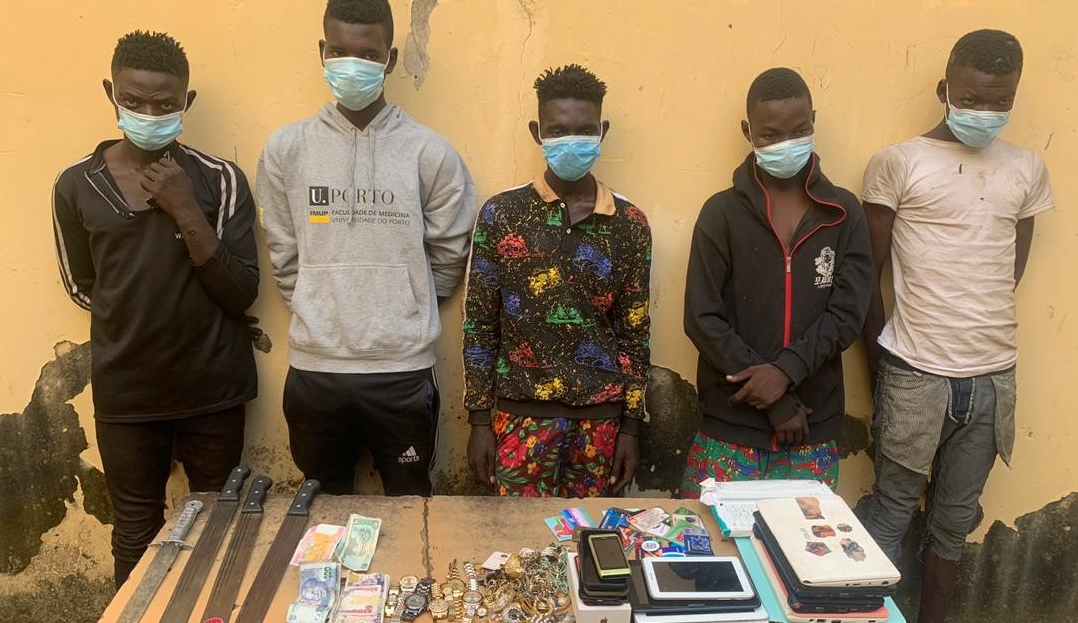 Five robbery suspects have been arrested by the Federal Capital Territory (FCT) police command in Abuja.

This was contained in a statement released by its spokesperson, Yusuf Mariam on Sunday, December 20.

Mariam said the suspects were arrested last Wednesday around Wuse following a distress call that they were about robbing their victims.

The men identified as Sanusi Ibrahim (20); Salim Umar (19); Kabiru Umar (19); Shamsudeen Rabiu (20) and Ibrahim Shehu (19), have allegedly confessed to being responsible for criminal activities along the Wuse axis.

“The suspects will be arraigned in court after investigation.”