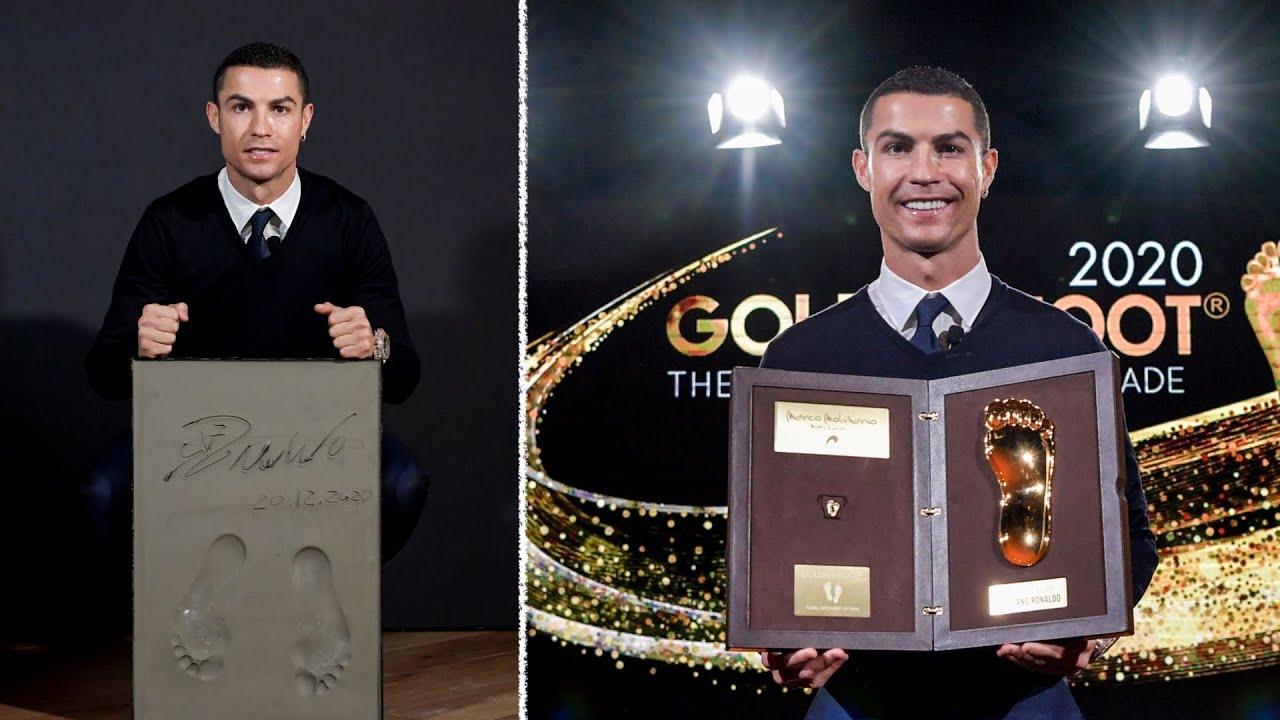 Cristiano Ronaldo has outshone his fierce rival Lionel Messi after being awarded the Golden Foot award.

The Juventus striker has had yet another standout year at the top of world football, winning Serie A with the Old Lady whilst taking home the competition’s top goalscorer award, the Capocannoniere.

Despite Messi winning more Balon d’Or awards than Ronaldo, the Portuguese talisman can now boast an accolade that the Barcelona forward does not possess in their ongoing battle for footballing supremacy.

In a post to Instagram, Ronaldo wrote: ‘I am honored to win the Golden Foot award and to be immortalised on the Champion Promenade in Monaco, together with some of the greatest football legends of all time!

The Golden Foot, first introduced in 2003, is an award for players aged 28 or above and can only be won by a recipient once in their career.

Roberto Baggio, Alessandro Del Piero and Ronaldinho have all been previous winners of the award and the Juventus frontman looked delighted to join esteemed company.

Ronaldo, who scored a huge 44 goals for club and country in 2020, kept with tradition after winning the accolade by placing his feet in cement and left his signature in the concrete.

Only Bayern Munich striker Robert Lewandowski scored more than the former Manchester United attacker, with 47 goals for the Champions League winners and Poland.

Ronaldo’s rival Lionel Messi fell short of the pair with just 26 goals for Barcelona and Argentina this year.

The 35-year-old Ronaldo has made even more history this year thanks to his incredible goalscoring antics in Italy.

He became the fourth player in Serie A history to score at least 33 goals in a calendar year after finding the net twice against Parma.

Ronaldo scored once in each half to see Juventus win 4-0 and move level on points with Inter and one adrift of leaders AC Milan.

Ronaldo’s contribution has equalled that of former Juventus forward Omar Sivori from 1961 – who scored the joint-third most goals in a single year behind Gunnar Nordahl in 1950 and Felice Borel in 1933.