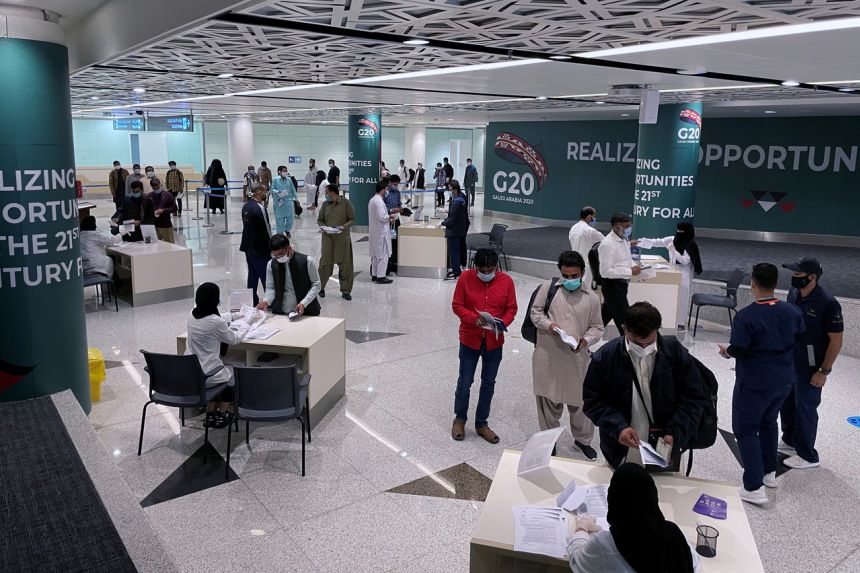 Saudi Arabia on Sunday halted international flights and suspended entry through its land and sea ports for at least a week, after a new fast-spreading strain of coronavirus appeared in Britain.

The kingdom is “temporarily suspending all international flights — except in exceptional cases — for a period of one week, which can be extended by another week,” the official Saudi Press Agency said.

“Entry to the kingdom through land and sea ports will also be suspended for a week, which can be extended by another week,” SPA added, citing the interior ministry.

The suspension does not apply to international aircraft currently in the kingdom, which will be allowed to leave, SPA said.

It “decided (on Monday) to ban entry and exit from the country through the various land, air and sea borders starting 1:00 am local time on Tuesday December 22 for a week”, the official Oman News Agency reported.

The decision was based on what “authorities in a number of countries announced regarding the emergence of a new Covid-19 strain”, it said, adding the suspension will not apply to cargo flights and vessels.

The development comes after several European countries banned travel from Britain on Sunday as the UK government warned that a highly infectious new strain of the virus was “out of control”.

SPA said passengers who arrived in Saudi Arabia from Europe — or any country where the new strain was detected — starting December 8 will be required to self isolate for two weeks, and undergo testing.

READ  Adesina Sworn In For Second Term As AfDB President

Neighbouring Kuwait also announced a ban on Sunday on passenger flights from Britain over the new strain of the virus.

Alarm bells are ringing across Europe — which last week became the first region in the world to pass 500,000 deaths from Covid-19 — after it appeared that a more infectious strain of the virus was raging in parts of Britain.

Last week, Saudi Arabia kicked off a three-phase Covid-19 vaccination programme, after the first shipments of the Pfizer-BioNTech vaccine arrived in the kingdom.

Saudi Arabia has so far recorded more than 361,000 novel coronavirus cases, including more than 6,000 deaths –- the highest among the Gulf Arab states. But the kingdom has also reported a high recovery rate.