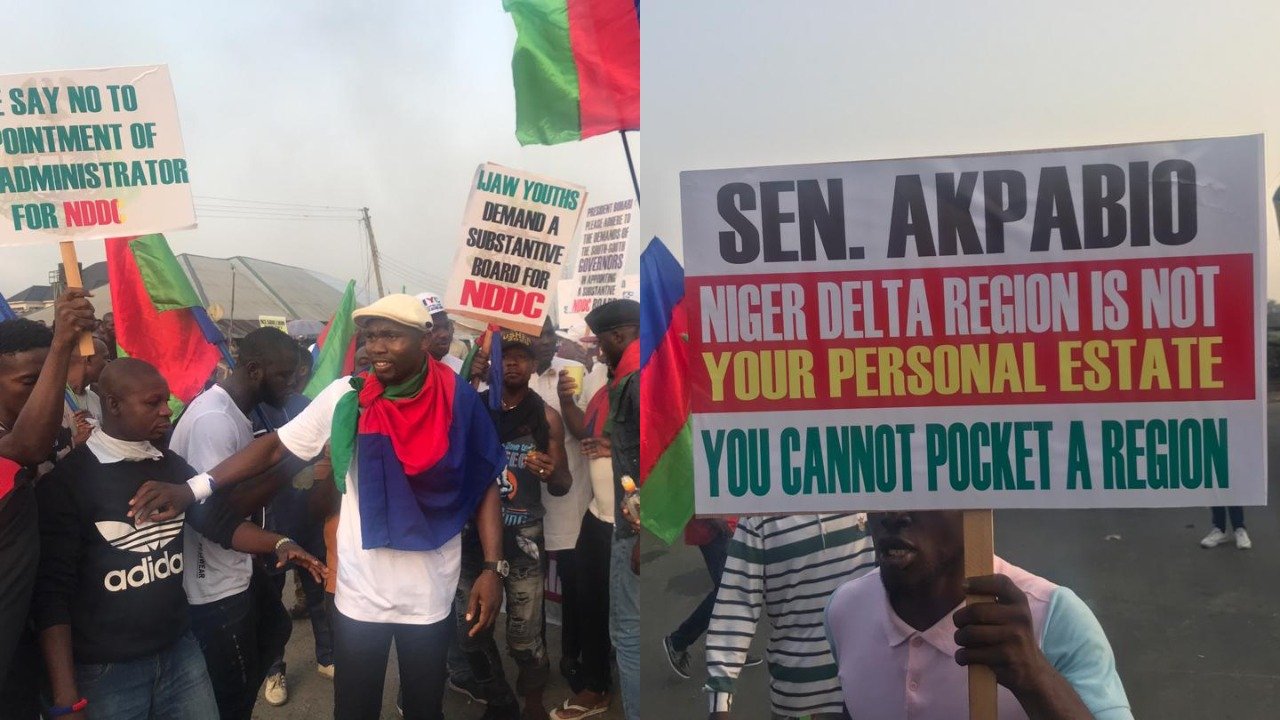 Early morning travelers along the East-West Road were stranded for hours on Monday as Ijaw Youths protested over the appointment of Mr Effiong Okon-Awka as Niger Delta Development Commission (NDDC) Sole Administrator.

President Muhammadu Buhari announced Okon-Awka’s appointment last week, but the announcement did not go down with the Ijaw youths who demanded that a substantive management board be put in place at the NDDC instead.

Until his appointment as Sole Administrator, Okon-Akwa, a fellow of the Institute of Chartered Accountants and a Solicitor at the Supreme Court of Nigeria, was the Acting Executive Director, Finance and Administration at the Commission.

Monday’s protest was led by Ebilade Ekerefe, spokesman of the Ijaw Youth Council and Comrade Inodu Clever¸ the treasurer.