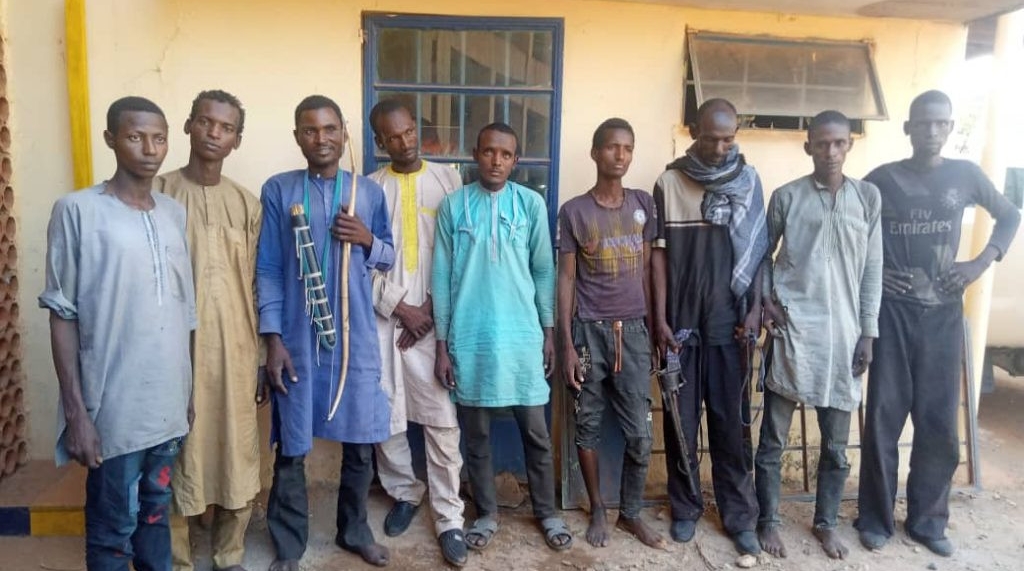 Police in Adamawa have busted a kidnappers syndicate which led to the rescue of two victims.

Nine members of the syndicate were also arrested by the police and now in custody.

DSP Suleiman Nguroje, the Adamawa police spokesperson said two of the suspects who are from Dapshi in Yobe State came into Adamawa, recruited the other seven and formed the kidnapping syndicate.

Police officers from the Song Police Division who stormed the kidnappers’ den, successfully rescued one Babawuro Damuwa and one Yarima Musa of Song town.

They were arrested after they conspired, kidnapped and demanded N4 million ransom from the families of Babawuro and Yerima.

“Upon receipt of the report, the Commissioner of Police Olugbenga Adeyanju, deployed combined operatives of police and hunters who eventually rescued the victims and apprehended the suspects.

”Findings so far reveal that the first and the second suspects came all the way from Yobe State and recruited the third to ninth suspects and they eventually formed a syndicate to be carrying out kidnapping activities,”