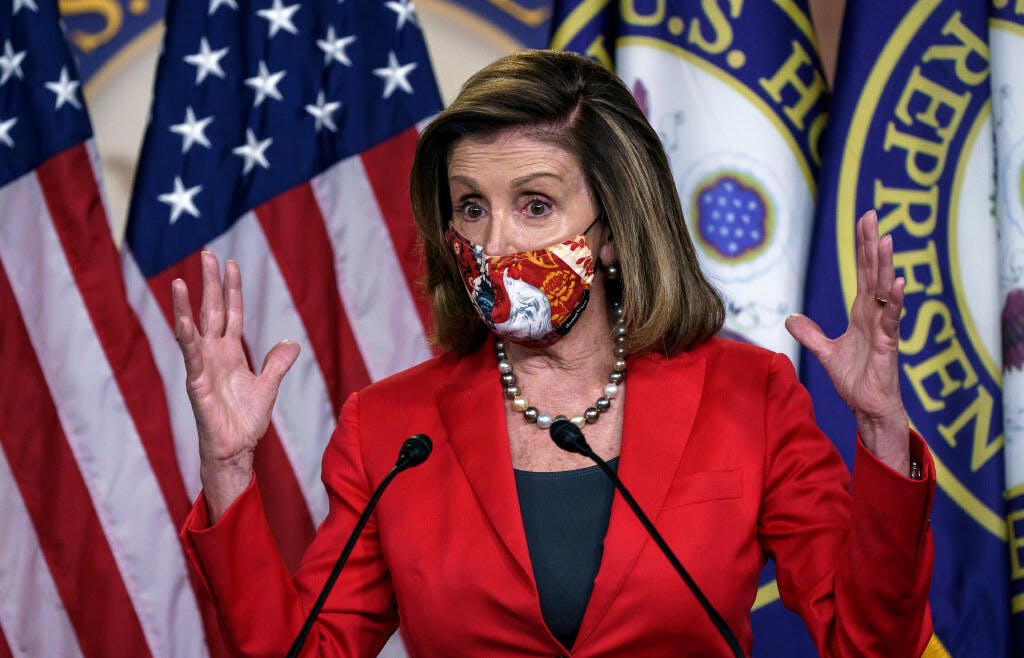 The U.S. Congress on Monday approved an $892 billion coronavirus aid package, throwing a lifeline to the nation’s pandemic-battered economy after months of inaction, while also keeping the federal government funded for another year.

President Donald Trump is soon expected to sign the package into law.

After days of furious negotiation, both legislative chambers worked deep into the night to pass the massive bill, with the House of Representatives first approving it and the Senate following suit several hours later in bipartisan votes.

The virus relief bill includes $600 payments to most Americans as well as additional payments to the millions of people thrown out of work during the COVID-19 pandemic, just as a larger round of benefits is due to expire on Saturday.

House Speaker Nancy Pelosi, a Democrat, said she supported the virus relief bill even though it did not include the direct aid for state and local governments that Democrats had sought. She said they would try for it again next year after Democratic President-elect Joe Biden takes office.

The bill, she said, “doesn’t go all the way but it takes us down the path.”

At 5,593 pages, the wide-ranging bill that also spends $1.4 trillion on an array of federal programs through next September, is likely to be the final major piece of legislation for the 116th Congress that expires on Jan. 3. Congress included a measure continuing current levels of government spending for seven days, ensuring no interruption to federal operations.

It has a net cost of roughly $350 billion for coronavirus relief, Republican Senate Majority Leader Mitch McConnell said, adding that more than $500 billion in funding comes from unspent money Congress had authorized.

The stimulus package, the first congressionally approved aid since April, comes as the pandemic is accelerating in the United States, infecting more than 214,000 people every day and slowing the economic recovery. More than 317,000 Americans have died.

The legislation also expands a small-business lending program by about $284 billion and steers money to schools, airlines, transit systems and vaccine distribution.

The small-business loan and grant program, known as the Paycheck Protection Program, would exclude publicly traded companies from eligibility.

Amid reports that the Trump Organization received past aid, the bill contains disclosure requirements for the president, vice president, heads of Cabinet departments, lawmakers and spouses and prohibits those individuals from receiving loans in the future.

State and local governments, which are struggling to pay for the distribution of newly approved COVID-19 vaccines, would receive $8.75 billion from Washington, with $300 million of that targeted at vaccinations in minority and high-risk populations.

The deal, worked out in a rare weekend session of Congress, omits the thorniest sticking points, which included Republicans’ desire for a liability shield to protect businesses from coronavirus-related lawsuits as well as Democrats’ request for a large outlay of money for cash-strapped state and local governments.

McConnell, interviewed by Fox News, pledged to renew his drive for the protections against corporate lawsuits in whatever coronavirus aid bill the incoming Biden administration pursues in early 2021.

The measure is far less than the $3 trillion called for in a bill that passed the Democratic-controlled House in May, which the Republican-controlled Senate ignored.

Biden has urged Congress to consider further stimulus for him to sign into law when he takes office on Jan. 20. “My message to everyone out there struggling right now, help is on the way,” he said in a statement.

The bill would be the second-largest stimulus package in U.S. history, behind the roughly $2 trillion aid bill passed in March. Experts said that money played a critical role as social-distancing measures shuttered wide swaths of the economy.