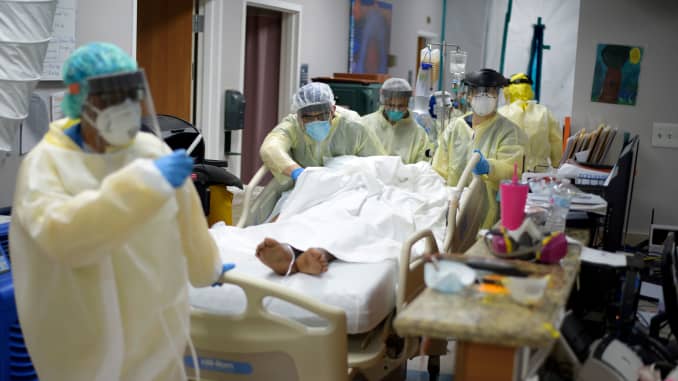 The US has the world’s highest absolute number of cases as well as the most deaths related to the virus, according to the figures.

The country began administering vaccines a week ago and has given approval to immunisations developed by Pfizer-BioNTech and Moderna.

States and cities have imposed varying levels of restrictions in a bid to slow the virus spread, but outgoing President Donald Trump has repeatedly downplayed its seriousness and urged reopenings.

Trump’s behavior has come despite having been hospitalised with the virus himself.

President-elect Joe Biden, who defeated Trump in the November 3 election, has been far more cautious, urging mask-wearing and abiding by social-distancing rules.

Earlier Monday, Biden received a Covid-19 vaccine live on television in a campaign to boost Americans’ confidence in the jabs.