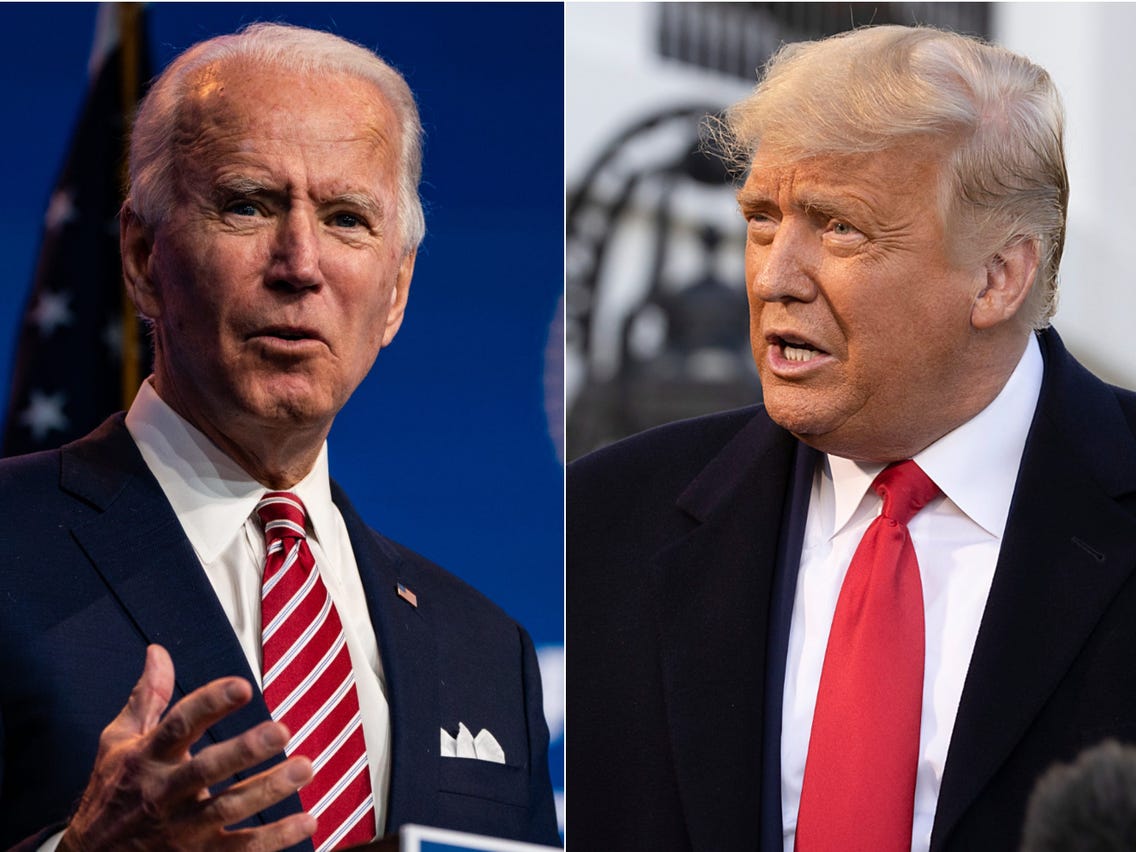 Twitter has disclosed that it will not transfer the millions of followers from Trump’s POTUS account to Biden when he takes over the US presidency on January 20, 2021.

According to Twitter who allowed Trump make use of the followers it got from Obama’s then POTUS account, Biden’s POTUS account will start with zero followers when he becomes president .

Twitter plans to wipe out all followers from the @POTUS and @WhiteHouse accounts once Biden is sworn in on January 20th, rather than transferring the accounts’ existing followers over to the new administration, according to Rob Flaherty, Biden’s digital director.

The accounts for @VP, @FLOTUS, @PressSec, @Cabinet, and @LaCasaBlanca will also have their followers wiped, Twitter said.

The Wall Street Journal reported this week that there was contention between the Biden camp and Twitter over whether followers would transfer over.

This is a reversal from what Twitter did in 2017 when the Trump administration took over accounts from the Obama administration. Back then, Twitter essentially duplicated the existing accounts, creating an archive of Obama-era tweets and followers and building a new set of accounts for the incoming administration that retained all of those followers without any of the tweets.

Twitter hasn’t explained why it’s changing the policy this time. Twitter told The Verge it is “in ongoing discussions with the Biden transition team on a number of aspects related to White House account transfers.”

Biden’s team seems to be unhappy about this change in policy, given the significant digital advantage they’ll be losing. Flaherty said the transition team “pushed back and we were told this was unequivocal.”

On Inauguration Day, anyone who follow one of the handles being transitioned will receive a notification that the account is being archived, a Twitter spokesperson said. They will also be given the option to follow the Biden administration’s new accounts.

This will be a major digital set back for Biden as those accounts have significant followings.

@POTUS has 33 million followers, @WhiteHouse has 26 million, @FLOTUS has 16 million, and @PressSec has 6 million.

Donald Trump’s @POTUS account will be renamed @POTUS45 and “frozen as-is,” the Journal reported. He’ll still be in control of @realDonaldTrump, albeit with fewer protections than before.