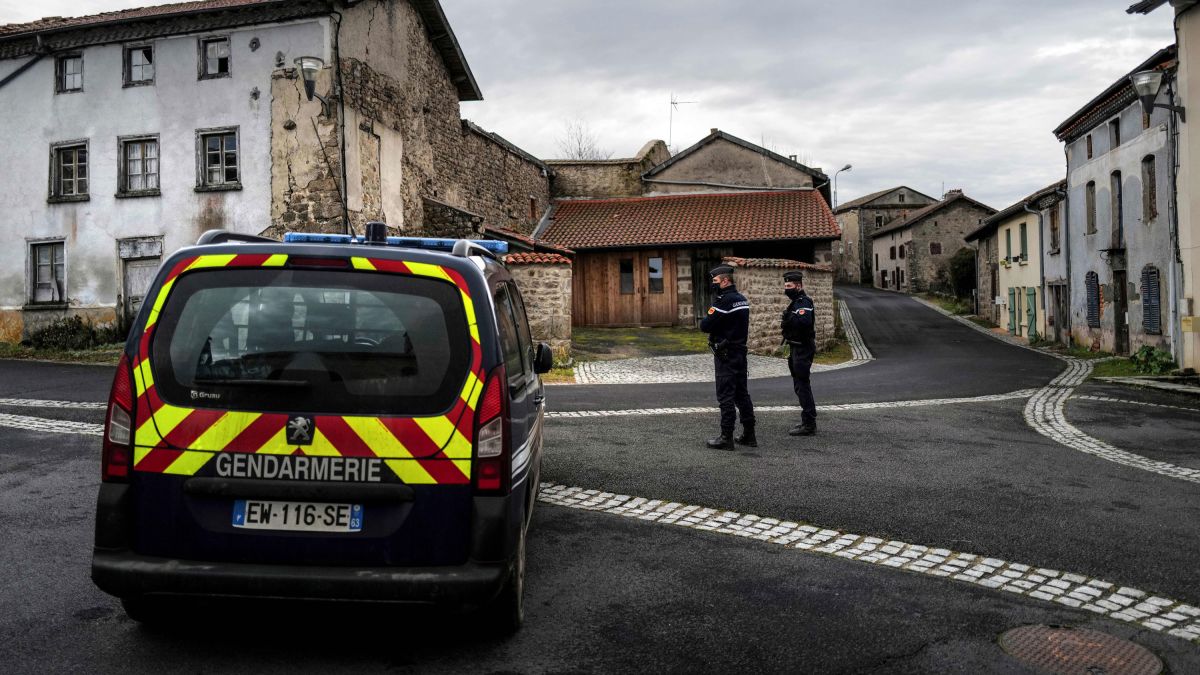 Three police officers were killed and a fourth wounded in central France on Wednesday by a gunman they confronted in response to a domestic violence call, the deadliest attack in years on French law enforcement outside of terrorism incidents.

The suspect, a 48-year-old man known to authorities for child custody disputes, was “discovered dead” several hours after fleeing the home in an isolated hamlet near Saint-Just, a village of some 160 people south of the city of Clermont-Ferrand, Interior Minister Gérald Darmanin said in a tweet.

“The maniac has been found dead,” Darmanin tweeted, adding he was heading to the scene of the attack.

Darmanin gave no further details on how the man died, but a ministry source told AFP the suspect “was found dead in his vehicle, apparently a suicide”.

The man opened fire at two officers who arrived at the house shortly after midnight after being alerted to a reported domestic assault.

One was killed immediately and the other shot in the thigh before the man set fire to the house, where a woman had climbed onto the roof.

Police reinforcements and firefighters rushed to the scene, and all roads leading to the house were blocked off, according to the prosecutor’s office in Clermont-Ferrand.

Two further police who were trying to determine if rescue officers could reach their shot colleagues were then fired on and killed by the suspect, who had barricaded himself in the house and appeared to be heavily armed, prosecutors said.

The house was burned to the ground but the woman was safely rescued and was being questioned by police.

“Our security forces put their lives at risk to protect us. These are our heroes,” President Emmanuel Macron said in a tweet.

Aside from terror attacks, shootings of police officers in France are relatively rare.

Last May, a man fired at police from his house in the Gironde region of southwest France, wounding one officer. As he was about to fire again, he was shot dead by police.

The most recent killings of officers in the line of duty, excluding terrorism, occurred in June 2012, when two female officers died in Collobrieres, southern France, while intervening in a dispute between neighbours.

But French security forces say they have increasingly been targeted in recent years as they struggle to carry out Macron’s promise to reduce crime and insecurity.

Among the most high-profile incidents in recent months, two undercover officers were shot during a surveillance operation in a Paris suburb in October, while later that month a station outside Paris was attacked by dozens of people armed with powerful fireworks and steel bars.

The government has promised to increase funding and pass a new “comprehensive security” law to protect officers in the line of duty, a move denounced by critics as an attempt to shield officers from public scrutiny after several reported incidents of police brutality.