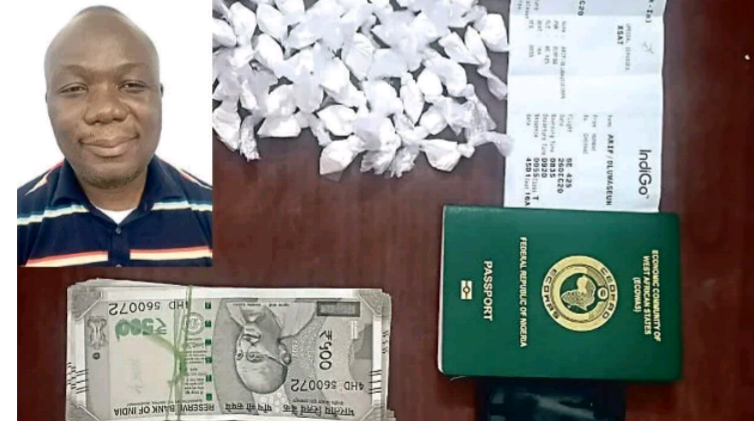 Police in India have arrested a 46-year-old Nigerian man for possession of 55 grams of cocaine in Thiruvanmiyur, Chennai.

The accused identified as Ali Oluwaseun Ibrahim was nabbed by a special team of Adyar police based on a tip-off when he reached the Thiruvanmiyur bus terminus to board a bus to Puducherry on Saturday night, December 26.

According to findings, Alif Oluwaseun often flies from Nigeria to Pune where he allegedly buys cocaine in bulk before reaching Chennai by bus to sell each gram of cocaine for Rs 6,000 to Rs 10,000.

“He does not stay in Chennai, but delivers cocaine to those who have placed an order with him over the phone and returns to Nigeria by flight,” said inspector Ramasundaram who was part of the special team.

Apart from cocaine, his passport, flight tickets to Nigeria and cash were seized.

“If we had not secured him, he would have flown back to Nigeria on Sunday,” said police.

Police said he has customers in Chennai and Puducherry and was secured when he was on his way to Puducherry to sell the remaining cocaine with him.

“He remained tightlipped about his customers and the suppliers in Mumbai. But he said he prefers buses to flight to travel from Mumbai to Chennai to avoid getting caught,” police added.

The police said the accused came once earlier this year before lockdown and took a break for the last few months due to the restrictions.