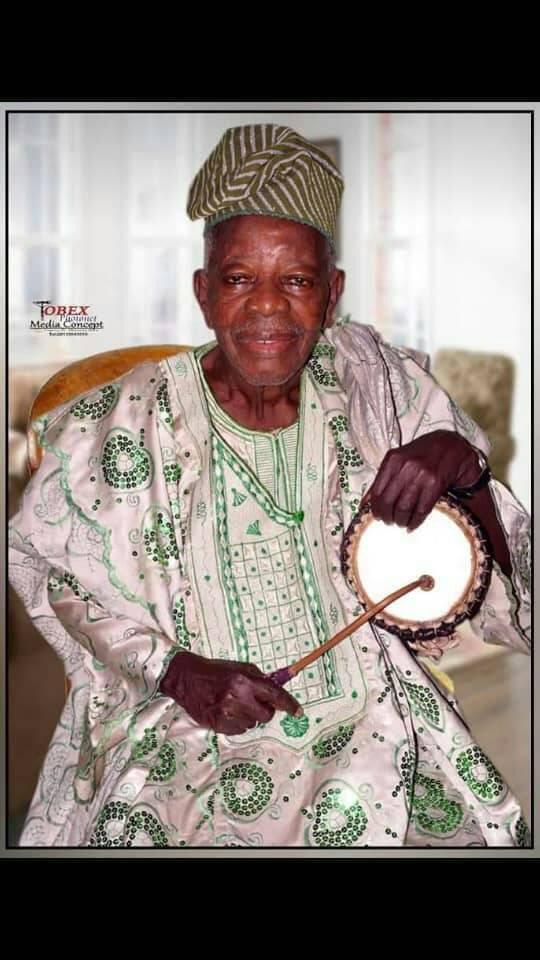 He died at the age of 97 years at about 10.00 pm on Tuesday in his hometown, Abeokuta, the Ogun State capital.

His remains will be buried today (Wednesday) at his Keesi residence in Abeokuta, according to Islamic injunctions.

The news of his passage was made public through one of his children, Kamilu Adewole via a voice note on a WhatsApp platform.

The nonagenarian died barely one month after he celebrated his 97th birthday, which was witnessed by the Alake and Paramount Ruler of Egbaland, Oba Adedotun Gbadebo.

Reacting to the news of Adewole’s death, the Baamofin of Egbaland, Chief Sunny Olurotimi Oduntan, described the late Adewole as “one of the best talking drummers” in the history of Egba nation.

He said, “Last night, we lost one of the best talking drummers in Egba history, Alhaji Adewole Alao Onilu Ola.

“We celebrated Baba Adewole’s 97th birthday on the 28th of November, 2020 and he died on the 30th of December. We thank God for his life!