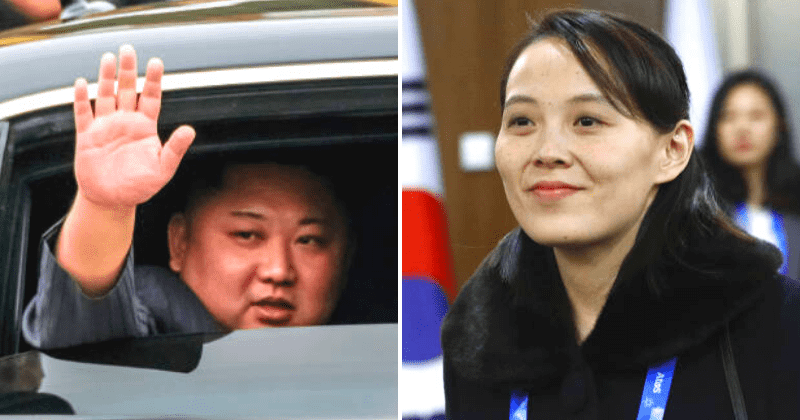 Kim Jong-un’s younger sister is quickly rising in prominence in North Korea to such an extent that she has been tipped as a possible rival to lead the country.

After recently hitting back at rumours she was dead, Kim Yo-jong is said to be “ready to become the world’s first female dictator in modern history” following a series of shocking statements.

The forimidable 32-year-old is seen as a key figure in the communist country’s regime – second only to her brother – and described as a political “princess”.

In 2014, Yo-jong was named First Deputy Director of the Workers Party’s Propaganda and Agitation Department.

Since then, she has enjoyed a speedy rise to power after first emerging alongside her brother on the world stage during his summits with Donald Trump in 2018, following her international debut at the Pyeongchang Winter Olympics in Korea in February that year.

Sources inside North Korea have claimed Kim Yo-jong is attempting to secure her power within the regime by taking on the South.

Her tyrannical brother is said to want to ensure she has enough support to take over as a type of queen regent – should he die before his 12-year-old son comes of age.

Yo-jong reportedly needs to win some “revolutionary achievements” to get the support in North Korea’s highly traditional ruling class.

In June, Yo-jong hit out at South Korea after allegedly being behind the demolition of a highly symbolic liaison office.

Pyongyang blew up the building in the border town of Kaesong as part of a brazenly staged slap to Seoul’s face after the South spent millions refurbishing it in 2018.

It had been opened to symbolise a new future of peace and cooperation between the feuding nations, which have remained technically at war since 1950.

Kim’s sister is believed to be the mastermind behind the renewed aggressive approach to their traditionally hated neighbour.

Then after months of silence, mystery over her whereabouts lead to speculation she has been purged by her brother — who is famed for executing rivals.

It came as rumours gathered pace that Kim Jong-un was in a coma and power was about to pass to her.