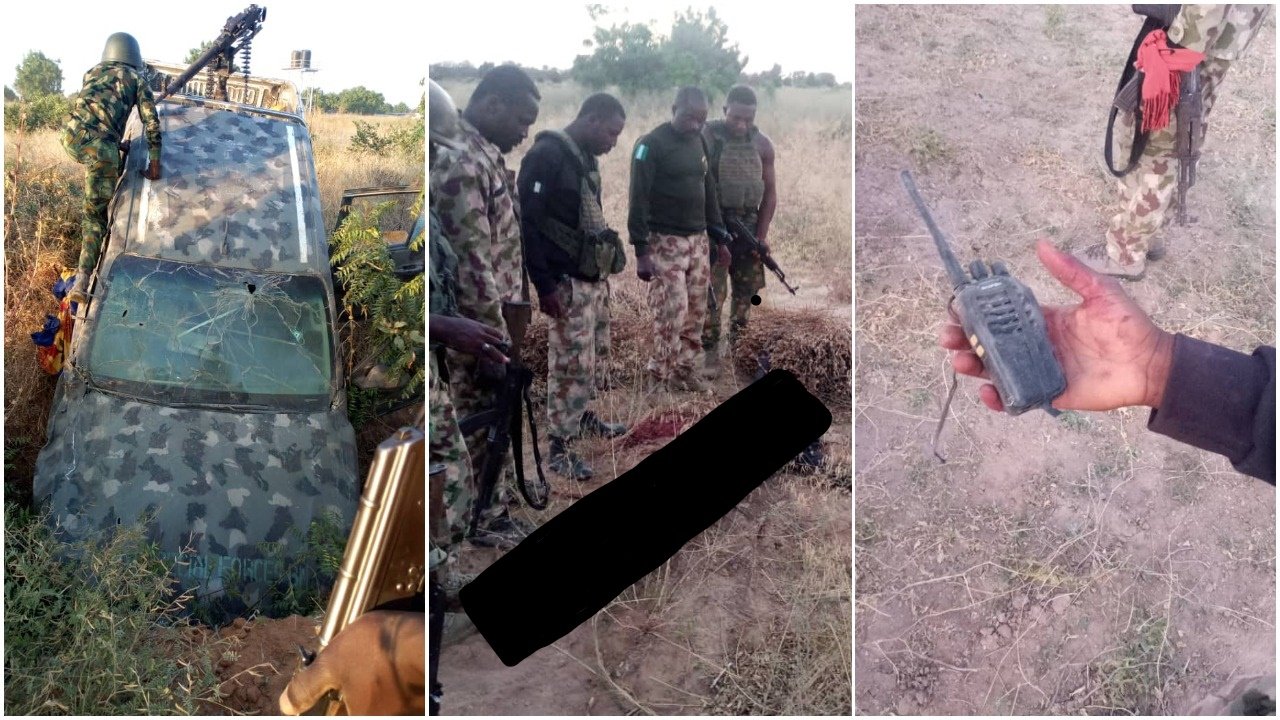 The gallant men of the Nigerian army on Tuesday, December 29, ambushed and eliminated terrorists in Borno.

The attack took place at Tunkushe village, 20 kilometers from Maiduguri, the State capital.

The insurgents were dressed in military uniforms and moved in two Hilux that had anti-aircraft guns.

“They were repelled by the troops of 212 Battalion of the Nigerian Army in a heavy gunfight that lasted for more than 30 minutes.

“While two soldiers were wounded, at least three dead bodies of the attackers were seen. Troops are pursuing fleeing terrorists”, he said.