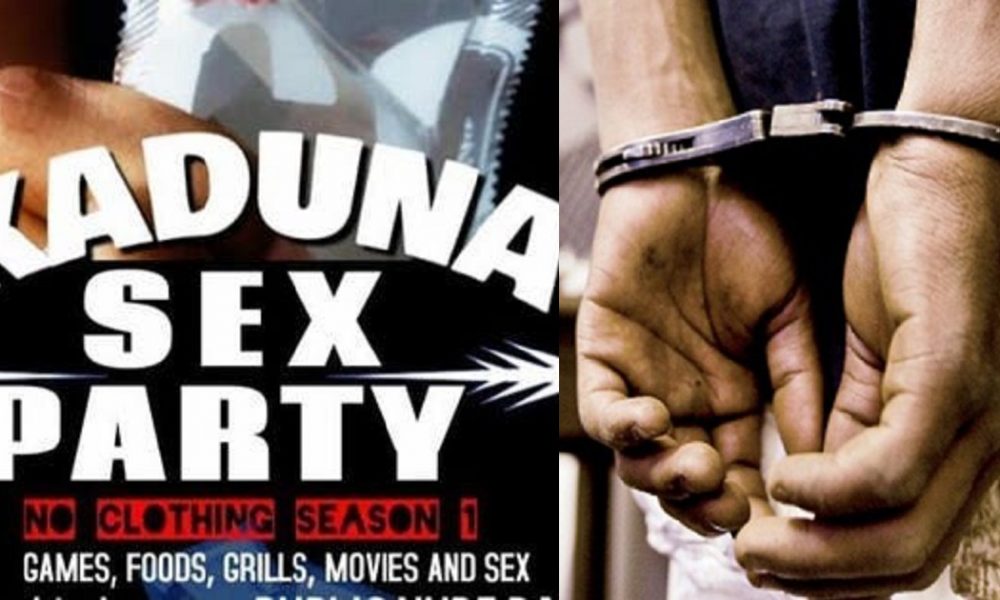 The arrest was made possible through the advertisement sent on social media platforms.

The Kaduna State Police command has arrested organisers of the maiden edition of a s3x party in the state.

The youths who have advertised the event on social media platforms revealed that the s3x party was billed to take place on December 27, 2020 in an undisclosed location in the state capital.

The party invite explained that participants, male and female, are expected to be naked as no clothes will be allowed at the venue.

Also, the party which was slated to start at 8 pm would last till daybreak to allow for participants who are interested in having s3x during the party to do so.

However, piqued by this development, the state government directed the police to find out the venue and arrest those behind it.

Speaking on this development, Special Assistant to the Governor on Media, Abdullah Yunus said the police have responded and made some arrests.

He said this was made possible through the advertisement sent on social media platforms.

According to him, “when we got to know of this development, the government was disturbed so the governor, Mallam Nasir El-Rufai informed the police.”

When contacted, the police spokesperson, ASP, Muhammad Jalige confirmed the development saying, police were able to trace the venue and made some arrests, stating that more details on the arrest would be given shortly.