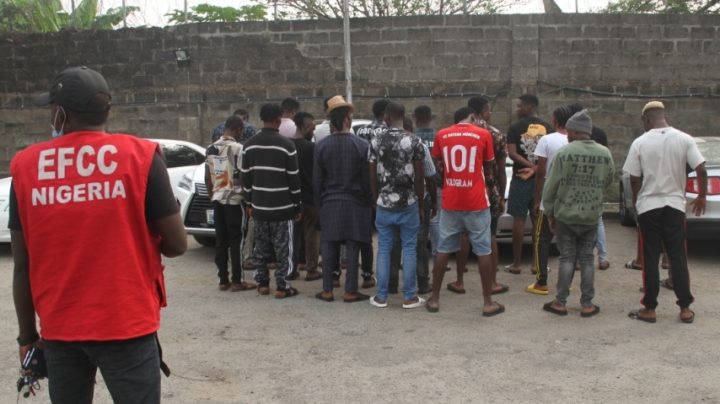 Operatives of the Economic and Financial Crime Commission (EFCC) Lagos zone have arrested 21 suspects for allegedly being involved in internet-related fraud.

The suspects are also said to be members of an organized cybercrime syndicate.

They were all arrested on Wednesday in an operation at Roxbury Leisure Homes Phase 2, Lekki-Epe Expressway, Ikota, Lagos.

The commission arrested the suspects after credible intelligence received about their alleged criminal activities.

The suspects allegedly have been defrauding unsuspecting members of the public of their hard-earned money before their arrest.

EFCC recovered 12 vehicles, mobile phones, and laptops from the suspect. The commission said it would charge them to court after investigations are completed.