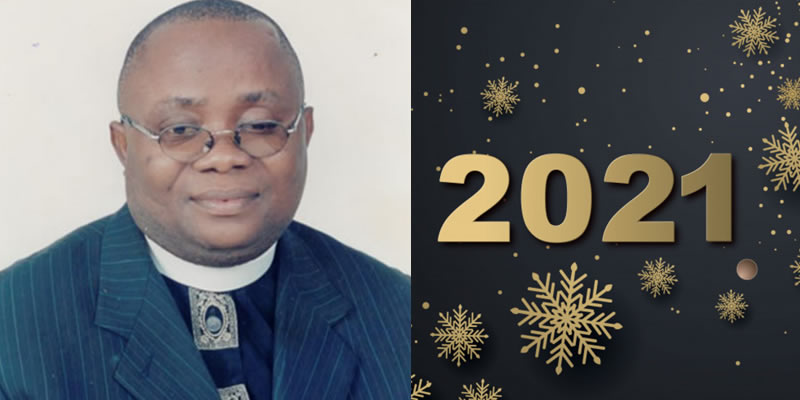 When it comes to accurate prophecies like Nostradamus of old, another name that comes to mind is Prophet Ekong Ituen, the Founder and Leader of Christ Deliverance Ministries Inc. {CDM} Lagos. A Political scientist by training, a Prophet by calling and a Seer by Anointing. Figuratively, Ituen is one of the major prophets in the country whose prophetic messages have liberated humanity and Nations. Below are his prophecies for 2021 and beyond.

Nigeria will witness economic growth, there is hope for a better Nigeria. With my spiritual observation, there is an indication that this year will be better than the previous year. I urge Nigerians to pray for our leaders for direction and avoid sentiment because there is no power but of God… {Romans 13:1}

Food security should be given a priority attention in other to avert another chaos that may be worse than the EndSars saga because an hungry man is an angry man.

There is a need for divine intervention in order to avert insecurity because human effort has failed. I am urging the government to restructure the security architecture. Prayers of men of God who are spiritually inclined should be inclusive in order to achieve result sooner than expected.

As earlier predicted, Nigerians should pray against military coming back to power through the windows that the politicians and government have left opened. They should also pray against revolution in future.

Internal wrangling within two major political parties {APC & PDP} in Nigeria over their choice of Presidential candidates before 2023 is imminent.

The ruling party {APC} needs total repackaging to win 2023 presidential election, they should put their house in order as there is internal crisis ahead. I forsee conflict of interest within the hierarchy of the three political parties that formed APC.

I foresee disunity and division in Peoples Democratic Party. Prominent members will defect to the ruling party before 2023 presidential election.

It should be noted that Prophecy is a warning and a guide to future, it can be averted if the right steps are taken.