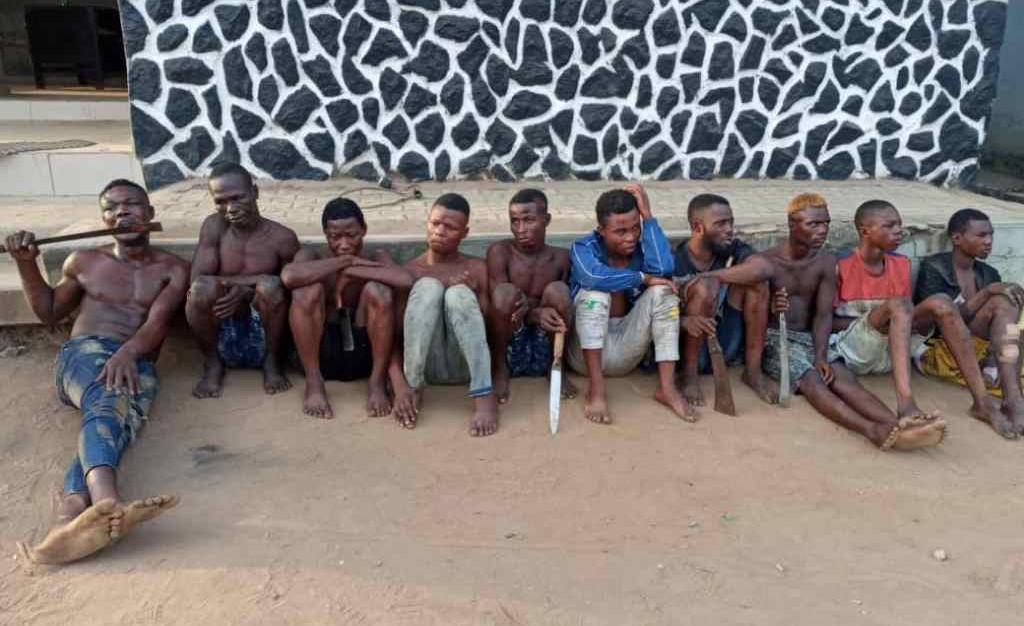 The suspects were said to be arrested along Y-junction, by Old Tollgate, Ketu, at about 8 pm on New Year eve just as the operation was carried out by Police operatives attached to Ketu Division.

Spokesperson of the Command, SP Olumuyiwa Adejobi said the suspects had attacked one Mr Adejare Adetayo and his wife in the traffic when Police detectives on an undercover operation in the area went after the hoodlums and arrested nine with their operational weapons.

The State Commissioner of Police, CP Hakeem Odumosu, while commending the Police operatives for the successful operation and arrest of the hoodlums, reassured Lagosians of adequate security and public safety within the length and breadth of the state.

He, however, directed that the suspects be transferred to State CID, Panti, Yaba, for proper investigation.

Similarly, the CP felicitated with Lagosians, officers and men of the Command, stakeholders in the security sector and sister security agencies on the new year celebration.

He also admonished Lagosians to embrace peace and obey all laws of the land as the Police and other security agencies in the state are ever ready to discharge their duties effectively.