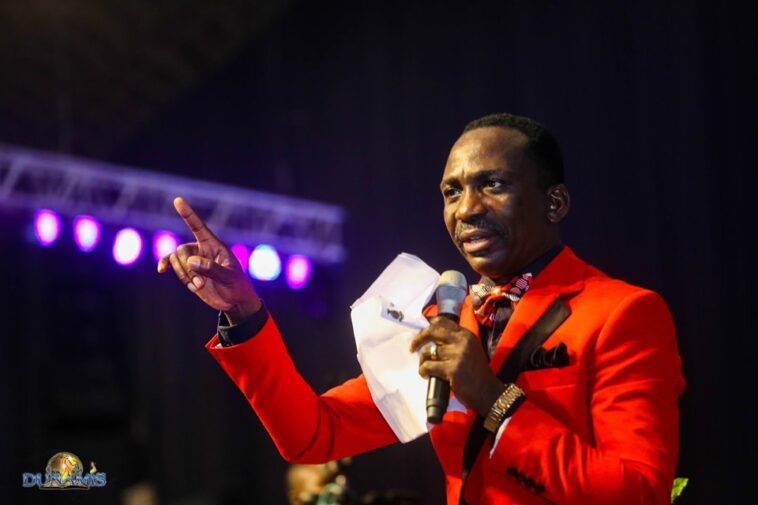 The cleric said 2021 is a year of restoration as he revealed that people without jobs, spouses, children will all have a testimony to testify this new year of 2021.

Check out the prophecy below:

THINGS TO NOTE ABOUT NEW SEASONS:

2. New seasons arrive with the exit of former things

5. New seasons cause new supplies to manifest, supplies where there was none (Isa. 43:19)

1. 2021 is the 21st year of the 21st century
21 = 7+7+7
– God rested on the 7th day
– 7 is the number of times Naaman entered the Jordan
– The Israelites went round the wall of Jericho 7 times
We have a 3 dimensional manifestation for the year 2021
– In 2021 Jehovah shall cause you multiple rest! Your family children and career shall experience rest!

DIMENSIONS OF WHAT 2021 HOLDS FOR US:

There is nothing so lost that cannot be found in God.
Absolute recovery is an absolute possibility with God (1Sam. 30:8, 18) God does not only restore things, He restores years (Joel 2:25) When years have been swallowed there is age without change!
– Someone’s spouse is returning, someone’s health is returning!
– Every system that swallowed what is yours, in this season, they shall vomit them out!

– Anything that has been swallowed by any man, woman or system that belongs to us as a family or as a church, it is vomited!

– In this year, whatever the devil took from your life, it is released!
– Very soon, what should have happened in nine years will happen under one year!
God is returning your passion, your fire, the way you fast, your ruggedity and brutality
There is a restoration of vision like Moses; there is a restoration of fire and mantle.

For someone there is a restoration of destiny; the whole of your destiny is being returned
– What you are meant to be is what you shall be. Anywhere they have exchanged your destiny and your glory, I declare a return and a reversal!
– Wherever they have shed blood to exchange your destiny, I declare by the speakings of the Blood of Jesus, that sacrifice is neutralised!
– God is restoring somebody’s voice. You used to be a voice in your family and in your community,

I announce to you today, recovery and restoration is here!
c. 2021 is your season of REPLICATION, MULTIPLICATION, INCREASE, ENLARGEMENT (Gen. 17:4-6; Job 42:10, 12)
i. Abraham was detained in barrenness but God brought him out and made him not only a father
of persons but a father of nations (Gen. 17:4-6)
ii. Joseph was released from detention and when he was released he was restored. He was multiplied and enlarged (Gen. 41:51-52)
– What the devil said you should not have one of, God wants to give you many if it!
– Every power that has held you down, when you leave here today, they shall see fire!
– In the place where they mocked you for serving God, in that place they shall ask to follow you to serve your God!
iii. Job’s captivity was reversed, and his outcome was better than his beginning (Job 42:10, 12).

3. Be committed to the release of others (Gen. 18:17-19).
Release them from sin, unrighteousness, unholiness and ungodliness.
You need brutal passion for evangelism.
Release them from poverty.
When you are in the business of lifting people, you can’t be down.