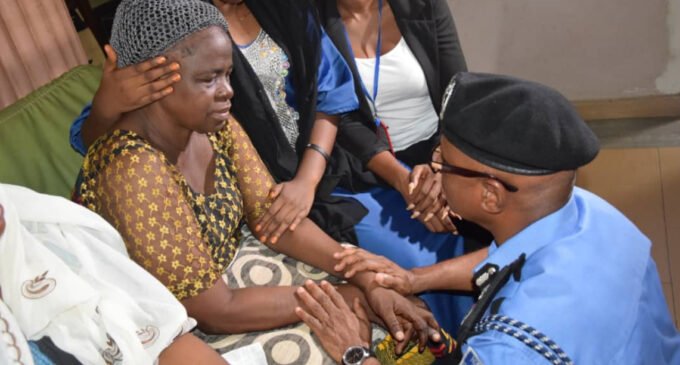 Following the death of Kolade Johnson, who was shot dead by Ogunyemi Olalekan, a dismissed police inspector, his friend, Nana Samuel, says the health of the deceased’s mother is in “terrible state” since the death of her only son.

Samuel, who said he was with Johnson at the time of the shooting, appeared before the Lagos state judicial panel on police brutality and other related matters on Tuesday to testify in a petition filed by the deceased’s family.

It was reported that Johnson was shot during a raid by officers of the police command at Onipetesi, Lagos-Abeokuta road, while watching an English premiership match between Tottenham and Manchester United on March 31, 2019.

The incident sparked outrage on social media, after which the police authorities identified Ogunyemi Olalekan, a police inspector, and Godwin Orji, a sergeant, as the officers involved in the shooting.

Olalekan was found guilty and dismissed from the force following an orderly trial, while Orji was acquitted.

Testifying before the panel on Tuesday, Samuel explained that the death of his friend has brought untold hardship on Johnson’s family members, including his mother, wife and son.

He also told the panel that the deceased’s son who lives in South Africa has been asking to see his father.

“The health of the mother has been in a terrible state. The family has been managing the situation since the death of Kolade Johnson,” he said.

“His mother has not known herself. His son has been crying to see his father. He was planning to go and see his son in South Africa before he was killed.”

Samuel, while narrating what led to his friend’s death, noted that Johnson had left South Africa as a result of xenophobic attacks, before he was killed in Nigeria.

“He (referring to Kolade Johnson) came to Nigeria after school. It was during the killing of the blacks that he came to Nigeria, where he was killed,” he said.

“It was on a Sunday. I came back from church and there was power failure within the estate, so we went to the eatery on the street. The name of the eatery is Kingstine-jo. We went to the eatery to watch the match between Spurs and Man U. Before the match started, myself, Kolade Jolade and some of his friends, we had a chat. Kolade Johnson is fondly called ‘K Low’.

“During the chat, a young lady ran into the place, shouting ‘kidnappers’. We ran out of the place. We now found a young guy living on the street with us. His name is Ismail. He has dreads on his hair and he works with a popular music producer.

“We saw two men wearing native beating Ismail and dragging him into a bus. We asked them what was his offence, but they did not answer us. To our surprise, they came out of the bus with vests with the description ‘SARS’, and rifles in their hands.

“They raised the rifles up and shot in the air. We ran helter-skelter for safety. Kolade Johnson and myself, we hid at a taxi park not far from the scene. Ismail was taken into the bus and the bus drove away and later stopped and they came down again and said ‘you are the one that wanted to die for Ismail.’

“And the next thing that we heard was another gunshot and a third one, which entered Kolade Johnson’s stomach region and they drove off and Kolade Johnson now said ‘he entered me; I don die’, and I thought it was a joke. I turned to look at him. Blood was gushing out and his jeans trousers became red.”

During cross examination, Cyril Ejiofor, counsel to the Nigeria police, scolded the witness for what he described as the presentation of the force in negative light, instead of focusing on his testimony.

Ejiofor also said the force had ensured justice on the matter by dismissing the police officer found culpable.

Further hearing on the case was adjourned till January 22, 2020.